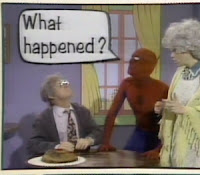 This week's episode is even more of a mess than usual. The Weekend Justice League were getting together to plan all of our crazy plans for you at Dragon Con so the first half of this episode is chopped up into little pieces as lots of stuff is cut out for secrecy.

It's a full house as I join Widge, Jon, Leigh, Rox, Scott, Serv, Kim, Tuffley, Rob, and JJ as we discuss: