My YouTube series Word-A-Week finished. I've done 75 of them. I'll go back some day to get to 100 and then retire it. There has usually been 2 years between each series though so don't hold your breath!

Oh yeah and I got married! 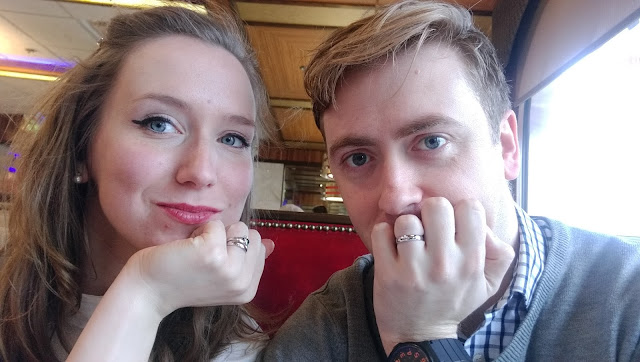 This is our official wedding photo. It was taken in the diner that we got breakfast in after getting hitched at a court house!


Uhhhhh... stuff? Honestly, it was mostly spent getting personal stuff sorted (see above marriage) and getting comics produced. Lots of pre-production done, essentially. For example, this was the month that SWIFT began life post-script.


I played Dungeons & Dragons for the first time. I know that isn't a huge personal milestone for most people but honestly I really love it and have become obsessed ever since. Here is a photo of our beloved DM before he pulls all his hair out because we spent an hour discussing the pros and cons of fighting a goblin. 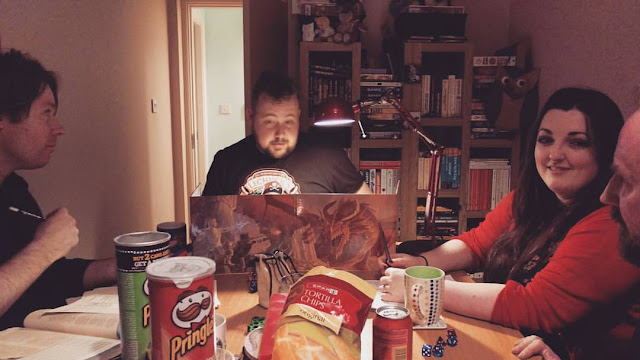 
Started work on a comic pitch that we're currently waiting on the cover to finish. Looking forward to sending that one out to people. April featured starting that, finishing production of SHIP WRECKED Vol 2, and being mid production of SWIFT. Behind the scenes; I was packing up all my stuff because...


I moved in with my wife! Yup, four months later. This is what happens when you elope and weren't really prepared for it! Once I was in and settled, Darcy and I started our podcast FEVER TALK.


Triona finished her time with SHIP WRECKED and finished up volume 1. Her career has taken off and I'm so glad she was able to make my weird space sitcom with me.

FROZEN WASTE production finished too and Clare and I worked on getting it ready for print.


Hoo boy, July was a busy one. I went a bit nuts, honestly.

We started releasing SHIP WRECKED Vol 2! This was a big deal and made me quite nervous/excited to see what people thought of the new art team but also the increased release schedule. 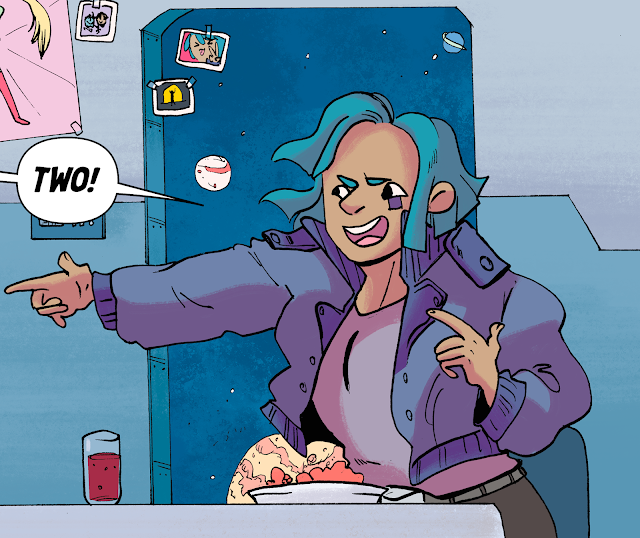 I took part in the comic event DECAF in Dublin. Twas a lovely day. 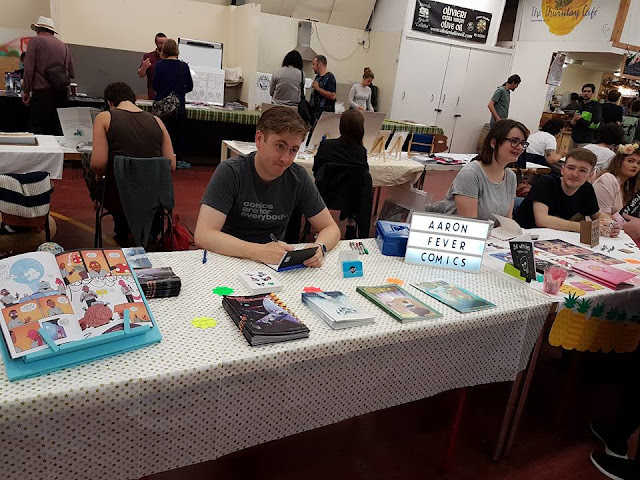 I haven't written much about improv here, mostly because it would be a pretty formulaic entry of "did a show with Kill The Monster again this month and it was fun". But this was a bit different as I was asked to perform with a one off team (featuring radio personality Rick O'Shea) for a charity show in aid of Epilepsy. 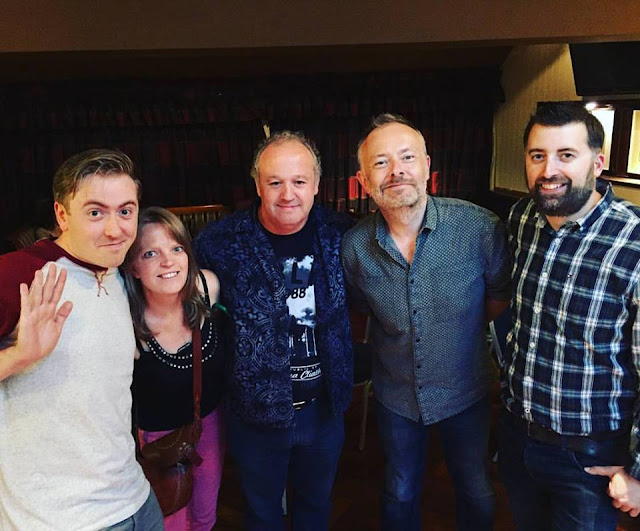 This was actually my first ever time sitting at a table and selling my comics. Small Press Day was great and I hope to do it again next year. SPD was also the launch of FROZEN WASTE! 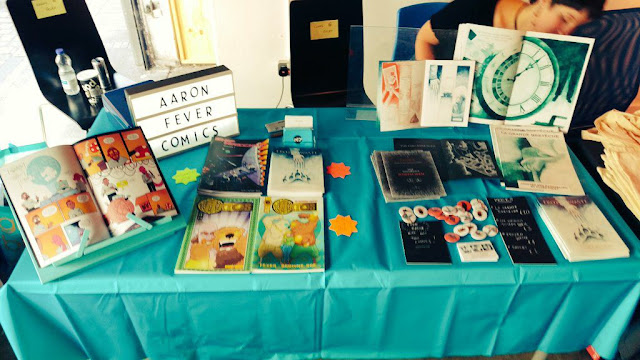 
Most of this month was spent getting ready for September. That means preparing for Dragon Con and Thought Bubble, getting lots of comic stuff printed up (e.g. SWIFT finished production), and making this with my friends:


Dragon Con was a blast/exhausting as per usual. Here is just a selection of the great people I got to perform and work with. They're all amazing. 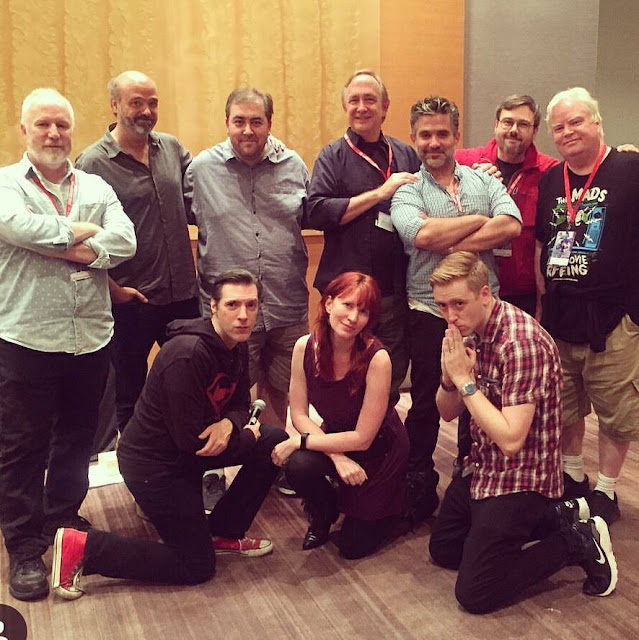 Thought Bubble was a mixed bag of fun and learning. I had never done a full comic convention with a table so I had a lot to figure out. Definitely took away tons from it. 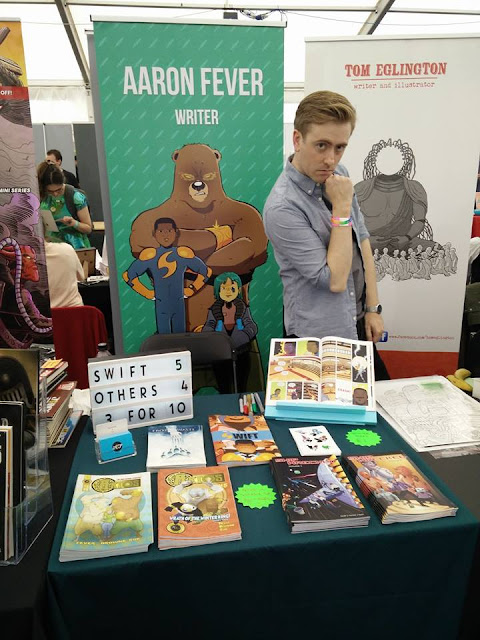 
This month was recovery. I had spent the whole summer basically getting no sleep and burning every candle at every end. The only thing of note that I can remember was returning to DECAF again at the end of the month. It was probably my best con experience of the year though, as I had some very sweet readers say some nice things about my book in person. Definitely needed that after all the work. 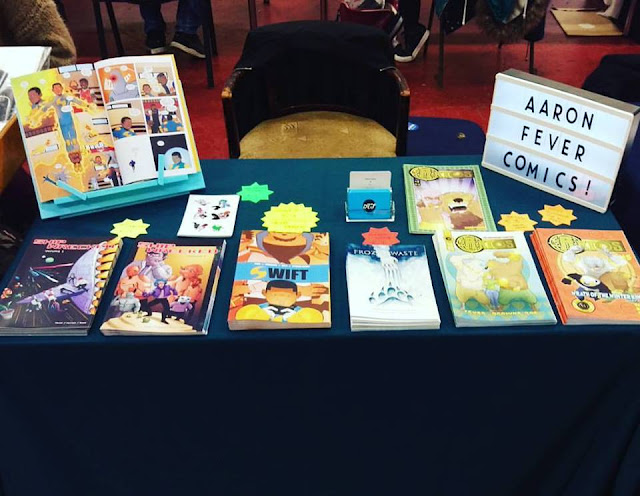 
Spent a day at The Big Bang in Dundrum selling my wares with the wonderful Katie and Clare. First time selling stuff inside a comic book store. Lots of firsts this year. 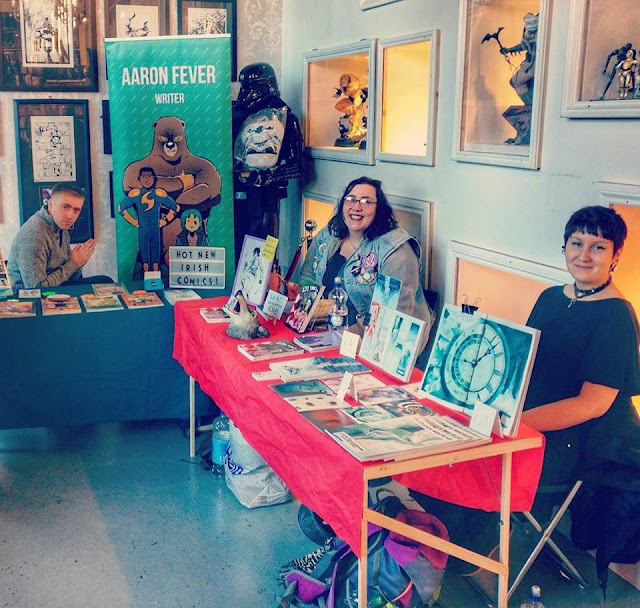 
From firsts to lasts. I said goodbye to Red Cube Studio this month. I had worked there for a little over 2 years. It has been a great experience and one of the best jobs I've ever had. 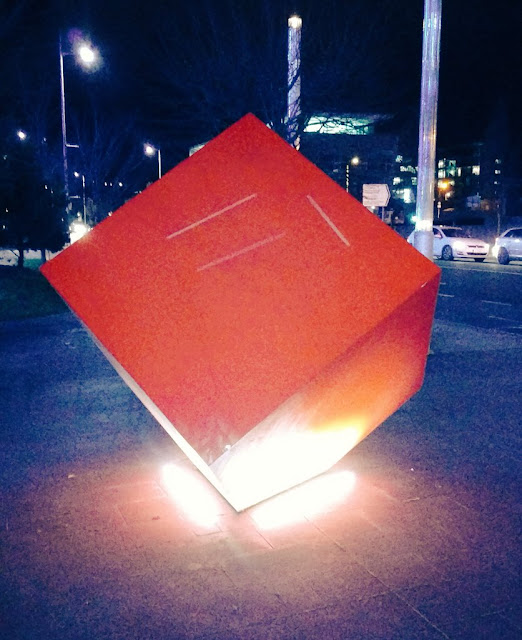 So what does 2018 have in store? A big change, that's for sure. I'll hopefully be pitching 3 very different comics to publishers, we'll see what happens with them, and I'll be looking for a new day job, that's going to change a lot of aspects to how my life has been for a few years. Fingers crossed some luck will go my way!
at 02:45