As I mentioned recently, I took part in a charity football tournament in aid of Aoibheann's Pink Tie and Heart Children. It was a great day and despite losing 4 of our 6 matches (I know, we're shit) I had a lot of fun. A big thanks to all those who contributed. The final tally of money raised was over €12,000 which is brilliant.

Here is a picture of our team, formed by the wonderful Irish fan community YBIG. 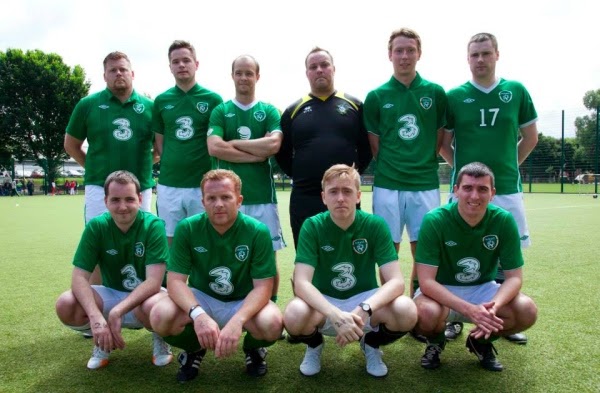 By the way, one of those teams that we lost to was the Irish Amputee Football Team. That's right, we lost to a team of one legged football players (with a one handed goalie too). I'm putting that down to the fact that they're all brilliant and not that we were shite. 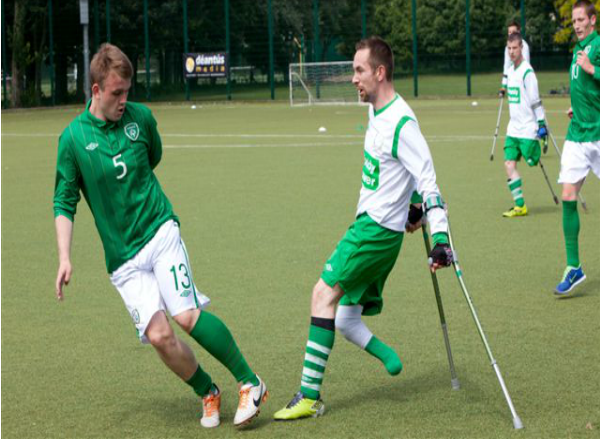 But, the big attraction on the day was Irish footballing legend Damien Duff. He was refereeing some games and generally taking part in the fun as he is an ambassador for Heart Children. Everyone was trying to get a picture with him and I'm no exception. I get very embarrassed asking people for photographs (which explains my expression below) but he was extremely nice about it all. It's always good when your heroes turn out to be gentlemen.