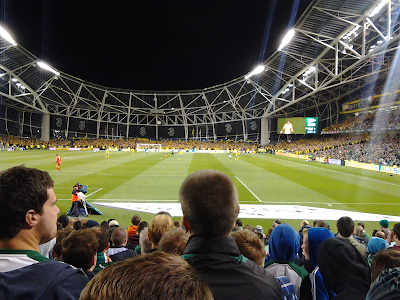 I took the above picture at the end of Ireland's home game against Sweden on the 6th of September, not knowing at the time that it would be manager Giovanni Trapattoni's last home game in charge of the Republic of Ireland.

The result that night was fiercely disappointing. Losing 2-1 is always tough but it's especially tough when qualification for a World Cup is on the line. We would lose again, this time 1-0, just 4 days later in Austria and that was it. The Trapattoni era was over. 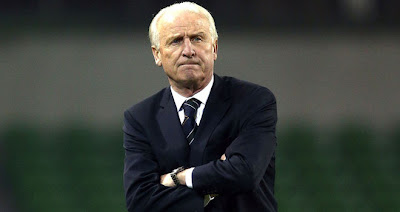 He left with a weird sense of anamosity within the Irish fanbase. The majority of fans wanted him gone a long time ago (namely when we performed so badly at the European Championship last year) but there was still a strong minority of fans who respected the history of the man. Indeed, I was one of those in the minority and it's why it has taken me a week or so to write any sort of comment about his sacking. It's an unusual situation to be in, knowing that sacking one of the greatest managers football has ever seen is the right decision.

To be clear, he is without a doubt one of the greatest managers ever. Here is a short blurb cut from wikipedia explaining some of his accolades:

One of the most celebrated managers in football history, Trapattoni is one of only five coaches (alongside Ernst Happel, José Mourinho, Bela Guttmann, and Tomislav Ivic) to have won the league title (10) in at least four different countries (Italy, Germany, Portugal, and Austria) and the fourth coach with the most international competitions for clubs won in the world – second in Europe – with seven titles in eight finals, including the Intercontinental Cup final (six titles in seven finals with Juventus). Alongside the German Udo Lattek, he is the only coach to have won all three major European club titles. Also, he is the only one to have won all UEFA club competitions and the World Club title, also having the record of UEFA Cup wins (three).

But despite the above, he was always treated by the Irish fans like he had something to prove. This, I feel, is where a lot of the bad feelings started. Gio had worked with some of the greatest players and teams ever to grace the game and when he took the job to manage Ireland he saw neither. He saw us as we are, a small team that has always punched above our weight. The Irish public however, just like a small dog who chases a truck, didn't quite see our limitations. We saw the success we had achieved under Jack Charlton and Mick McCarthy and expected the same again.

In truth, Trap was able to achieve some of that. We were a dirty handball away from qualifying for the World Cup in South Africa and we qualified for our first European Championship in 24 years (which was only our second time qualifying ever). Unfortunately a lot of bad decisions at that tournament was the beginning of the end. 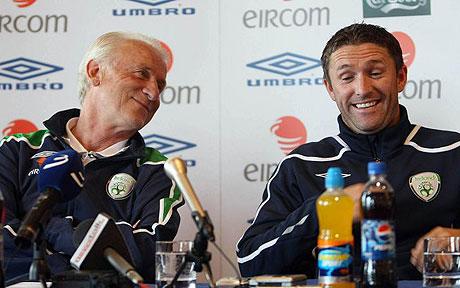 Trapattoni is fiercely loyal to his players and brought men to the tournament who weren't fully fit, then to make things worse he refused to change things up when it all started to go wrong. By the time we got back from the tournament the damage was done and there was too much work to do with the squad to turn things around in time.

Trap is a man from a different generation and it showed. A lot of his actions were out-dated in the modern game and as a result he found it difficult to cultivate the right performances and relationships with today's modern, fickle footballer. People would argue that his tactics could be out-dated too but I would disagree with the caveat that I do think they were ill-suited to our team. But 4-4-2 has worked and does work for other squads.

Despite everything ending on a sour note, I will miss the old man. He was a character and a man with great passion for the game. He was famous around the world for some mad interviews. Despite English being the 4th language he has had to learn, the press were constantly angered at his difficulty at communicating. What some of them didn't realise however is that he was known for making no sense even in his native Italy. Eccentric doesn't really cut it. But his energy was infectious and his desire was palpable.

This is how I'll always remember him, on the verge of tears after helping us qualify for the Euros. Sadly, it's also how I'll remember the country's reaction to him. Critique in the face of success.

He truly was one of the greatest managers the game has ever seen, unfortunately he wasn't the right man for us right now.
at 12:45