What a week this has been. You'll find out over the next few days what has had me so busy but for now lets just say I've had a lot of projects that are coming to fruition and a lot of barbecues to attend. It's a tough life.

Here is a (very late) summary of the comics I bought this week. 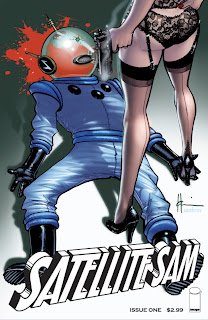 Before Matt Fraction got into comics, he worked with a production company making films. If you follow him on Tumblr you'll quickly learn he has a deep love for classic Television and movies. This story sees Fraction stretch his wings a little and really write the sort of script that I personally haven't seen him do before.

To a certain extent, Fraction channels some Aaron Sorkin into the dialogue and frantic pace of this 1950s Sci-Fi TV show. Even if he isn't purposefully doing so, he's certainly capturing the wild atmosphere of a live broadcast to the same quality as the aforementioned writing god.

The story here is damn fine, and it definitely leaves me wanting more, so as first issues go it's pretty much spot on. There's certainly nothing like it on the comic stands right now that I can think of. 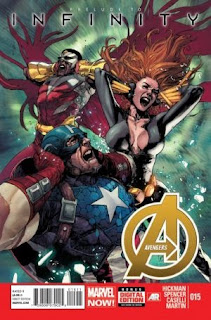 I've written about this a bunch of times, but I'm really happy with the approach that Marvel is taking at the minute with Bruce Banner. They're really trying to re-affirm him as a prolific scientist and a hero rather than the out-of-control monster on the run that they often present.

Take this issue as an example. The Avengers are beating up giant bugs. They in for the fight of their lives and where is Bruce? In the science lab trying to find out answers as to what is going on. Not Hulking-up and smashing things. Doing science. I don't know why that makes me as happy as it does but that's how my brain works. Maybe it's because it makes the moments when Hulk does smash a little more special.

Although, spoilers, the cover of the next issue is a big green face. 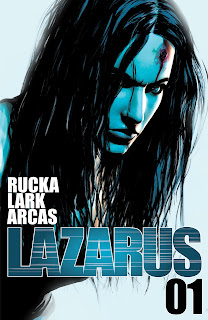 This was the comic that I missed out on getting last week, but luckily they still had some copies left. I'm glad too because it turned out to be as interesting as I had been told.

It's an unusual world that Rucka has built. It has a lot of common themes from medieval stories and futuristic ones. Genetic modification, global corporate take-overs, mixed in with champion warriors and serfdom. It makes an odd combination but one that really works and completely fascinated me. I'm a sucker for both genres, and the writer, so this is a comic I'm sure I'll enjoy from here on in.

Plus, it doesn't hurt to have another comic out there with a female lead protagonist. 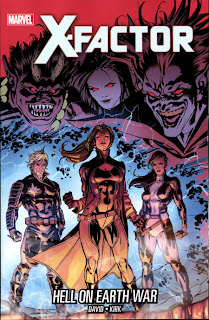 So we're getting close to the end of Peter David's rather epic run on X-Factor. The last few issues are currently coming out. The End Is Nigh.

Is he going out on a high? Not really. These are certainly not bad comics but the issues collected in this trade highlight some of the flaws that have crept in since the excellent beginning.

The tone has shifted, a lot. It went from being a noir style detective series to a supernatural fantasy book. While change is inevitable, it has never really felt natural with these characters. And so many characters have come and gone (mostly come) since the beginning too. It's just felt very volatile and to be honest it has resulted in me caring less about the characters. In a team comic that's not good.
at 20:55