It's the first of May. Our friend Jonathan Coulton is no doubt receiving an endless amount of bad jokes on Twitter today. I however have decided to instead dedicate my time to bringing you my favourite things from last month. You know, because I'm awesome like that.

1) Thumb Snatchers From The Moon Cocoon

This is a rather mental short film from Bradley Schaffer. It a hand-made stop-motion story of a Texan Sheriff taking on a bungling alien invasion. It has deservedly won a ton of awards, maybe not specifically for being bat-shit insane but I'm sure that is a big part of it. Think Axe Cop meets Mars Attacks and you're half way there.

No doubt you're already aware of this. It has already become legendary. Parks & Recreation had comedian Patton Oswalt as a guest star for a couple of episodes. In the following scene the producers of the show asked him to come up with his own words for the filibuster he had to act. What Patton comes up with is nothing short of inspired and completely crazy. I mean, Moon Knight is a Marvel A-lister? C'mon!

Harrison Ford appeared on Jimmy Kimmel's talk show and questions of the new Star Wars movie came up. What happened was rather wonderful. He hasn't lost a step!

By the way, any video where Harrison Ford says "You Wookie sack of shit" will always get a showing in this column.

I've been obsessed for a number of weeks with this online football management simulator. It's a real-time game so unlike most football games, you can't skip to the next match. League games are Wednesdays and Saturdays and unless you're playing in a cup competition or have arranged a friendly, you have to wait for Wednesday and Saturday for your next match. But fret not, there are loads of things to be doing in the mean time like organising training, scouting youth players, trading on the transfer market and negotiating sponsorships. 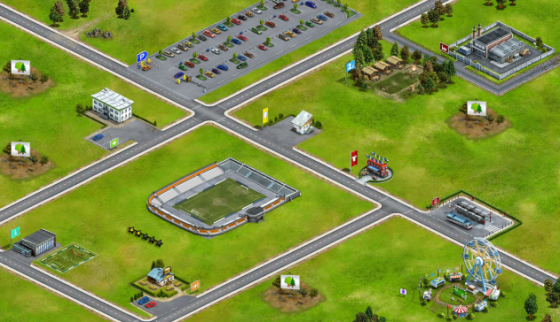 The Stadium complex I've built up so far.


In fact, the game is so in-depth you even pick what products to manufacture in your club shop and have to arrange for production! Of course a lot of these features aren't available at first, as you have to build up your experience but it doesn't take long for things to become unlocked. 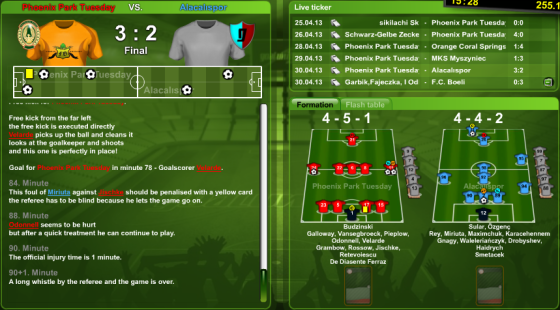 Not bragging but I totally won this match.


I'm completely in love with my team (Phoenix Park Tuesday) and managed to win my league in my first season! But now that I've been promoted to a higher league I'm getting my ass handed to me on a regular basis. It's a serious challenge. 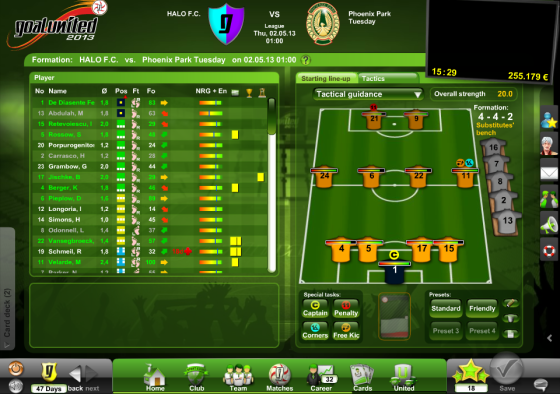 To get your team and start playing go to goalunited.org and register. It's free, so why not?

Michael Shannon giving an acting master class with the infamous Delta Gamma sorority letter. I think that's all the intro you need.

Oh, and it's NSFW if you weren't aware as it features phrases like "cunt-punt". Enjoy!