Last night I went to my first ever live wrestling event. I've been a big fan of wrestling since I was a kid (as you can tell by my WWEports) but I've only ever watched it on TV or online. So I went to last night's Irish independent wrestling show with some trepidation as I've seen enough to know that these things can be a very hit or miss. A big draw to go, apart from hanging out with good friends, was the appearance of ex-WWE wrestler Scotty Too Hotty and he did not disappoint.

Here are some pictures of him in the ring giving a hard time to local heel manager Gerry Soul. First he ripped off his clip-on tie and then gave him a modified worm. Good times. 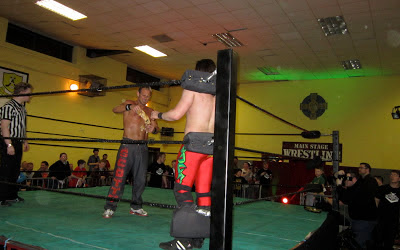 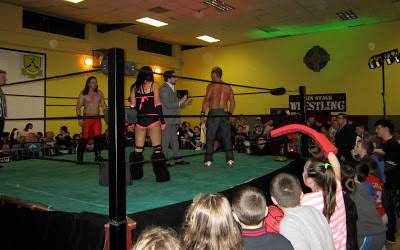 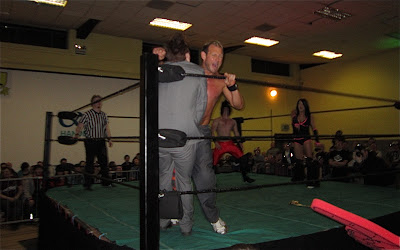 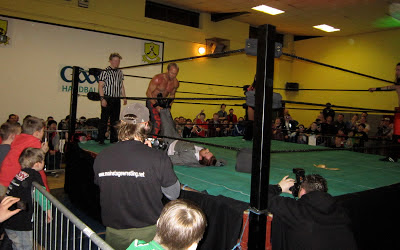 There was a brief meet-and-greet afterwards and we got signed photographs. I think we also drove everyone crazy with our cheering of the heels and general heckling from the crowd. We made ghetto "2" sigs with A4 pieces of paper and a pen, and all our voices were gone by the end of it. I'd definitely do it all again.
at 15:32