Around mid-way through last year I altered my comic purchasing habits. Up until then I would exclusively buy trade paperbacks. I saw single issues as the devil. For a decade, that's how I rolled.

A few series came out that made me break my rules. Spaceman by Brian Azzarello was one of them, The Red Wing by Jonathan Hickman is another. Both were limited runs and I think that's a good way to find out if single issue buying is for you or not because you don't have to commit for very long if it isn't.

The experiment was a success and I wanted to try more, so I did. Luckily, at the end of the year Marvel NOW! launched as a good jumping on point for a number of their books, with me being a massive Marvel fanboy it was a glorious opportunity.

My plan is to give a little short review of each comic I read this year and as this is the first week of the year, lets start shall we?

(You'll note a lot of the same writers will pop up every week. I definitely have my favourites). 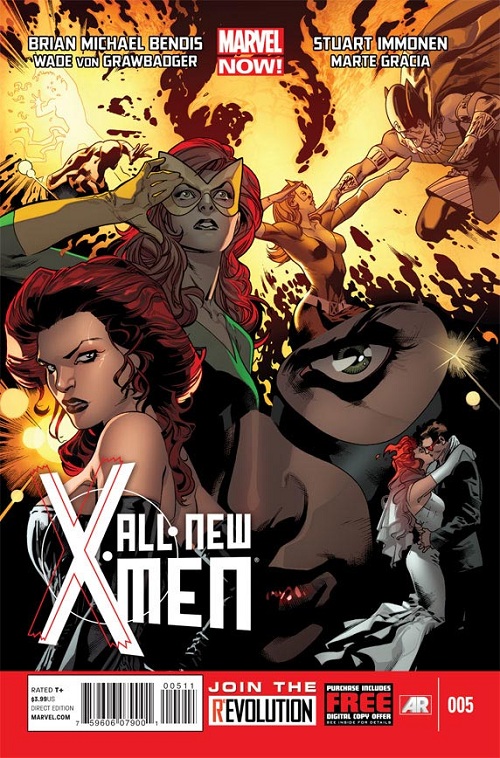 This was one of those stories that I was skeptical about at first. The premise is a bit "high concept". The original 5 X-Men (Cyclops, Jean, Iceman, Beast, and Angel) are transported in their teens to modern day X-Men universe to confront their future selves. But the more I thought about it, the more fascinating it becomes.

Current continuity paints Cyclops as an extreme figure. A desperate man leading a rebellion to keep his species safe. A far cry from the original character. Having these two collide is a really amazing character study so despite the plot being more like a "What If?" issue it works as an engrossing read.

Bendis is a legendary comics writer and I'm a huge fan. He has his detractors but I've never understood their complaints. He's in fine form here and has paced everything wonderfully so far. We're being teased to a certain extent as the two Cyclopses (?) have only just shared a passing glance really but it only adds to the anticipation as Bendis builds the tension.

Stuart Immonen is, as always, flawless. 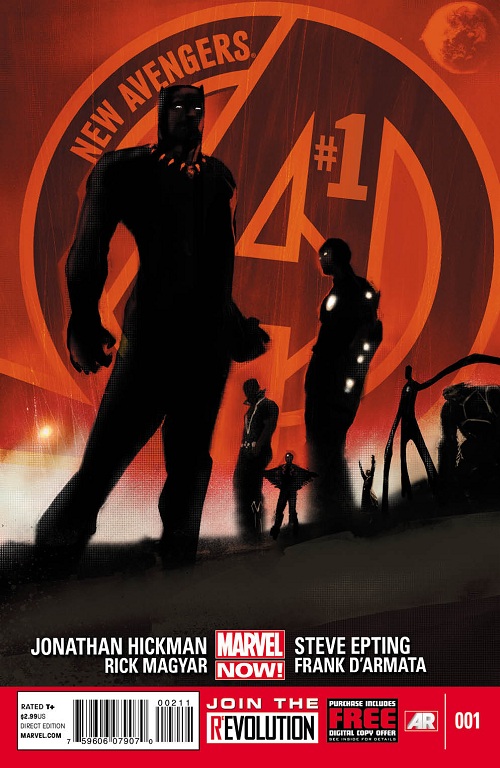 The team is now essentially the Illuminati group that Bendis created a number of years ago which is an extremely powerful group. Black Bolt, Iron Man, Doctor Strange, Namor, Black Panther, and Reed Richards. Professor X is missing as he's now dead again and it appears we'll get the addition of Beast to the team as a replacement if the cover is anything to go by.

Traditionally, the New Avengers was the home of Marvel's more street level heroes and I enjoyed that old series immensely. I was hoping for more of the same again but in the main Avengers book Hickman set up a more intergalactic problem for the team than it usually faces and it appears this team faces a similarly large problem. If I didn't enjoy Hickman's other book so much I don't think I would have given this a try.

This issue follows Black Panther, the only member of the Illuminati who thought it was a bad idea, as he unearths a threat that makes him think twice about his previous stance on the group.

Well played, Hickman. You have my attention. 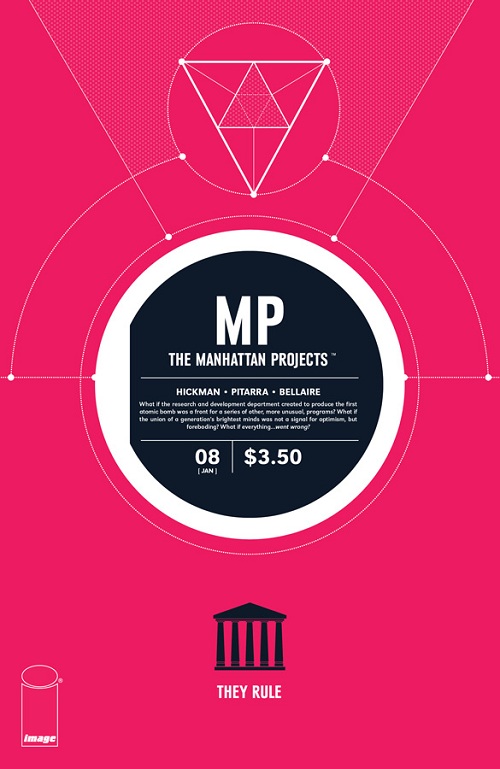 Two Hickman books in the same week! This is a very different animal. The Manhattan Projects imagines a world where instead of being a group designed just to create the atom bomb instead they continue to work together to take over the world, and then the galaxy. It's madder than you can even imagine.

Every month, before I can read a new issue I have to go back and read the previous one to try and remind myself what happened, but more importantly to and figure out what the hell is going on. In fact, it's so crazy I can't really describe it properly to you. As a visual aid, here is a partial cast list from one page. I think it's a good indicator.
﻿﻿ ﻿﻿ The art from Pitarra isn't amazing but I think it suits the manicness of the book. This will be considered a classic in the future, mark my words.
at 16:34