Hello! The holiday season is almost upon us, or it already is depending on your point of view. But before Santa comes to teach capitalism to the baby Jesus (I think that's what happens) there is still enough time for me to share with you my list of favourite things from November.

A comedy duo named Brian & Maria have created a funny (and scarily accurate) sketch called "Ask A Network Head" which asks the question "Why doesn't MTV play music videos anymore?". The answer is not only dead-on but also damn hilarious.

It's time to hear the truth, folks. Even if it is from a comedy sketch writer and not the actual horse's mouth.

Admittedly, this video is not new. It's been around for approximately 2 years. But I saw it for the first time this month and it made me laugh so it makes the list. When you start your own column you get to decide what goes in it.


JVDB needs to get more work. I will not rest until he is on a different TV show every night.


3) Lego. Still Kicking Butt After All These Years

Carrying on from last month's example of great PR from Bodyform, Lego have once again shown why they were the best toys of my childhood.

A young boy wrote a letter (with a bit of help from his parents, I would argue) to the company letting them know about how dissapointed he was that a Lego set he was saving up for was no longer available on the market.

Lego responded and the boy's father recorded the result. Say what you want about corporations being evil, sometimes the people that work at them are a little bit wonderful.

There are a lot of reasons for me not to like this song. I have never understood the "Err Mah Gurrrd" meme since it's inception and it has been around long enough now to go from amusing to annoying.

However, with a cameo from The Swedish Chef and a ridiculously catchy tune it manages to be worthy of repeat viewing. I just hope this is the last we see of the meme.

Yesterday was my birthday. At the start of the month I acted in a play for the first time in my life.

I've been doing this column consistently since May 2011 but just this once, I'm gonna give myself a pat on the back and say, hey, good work buddy.

Happy Birthday to me, you guys :) 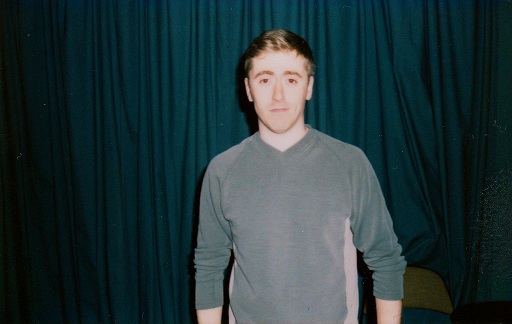