NOTE: The following article was originally posted by me on ASiteCalledFRED.com

The shortest month of the year is over now and even with it's leap day I feel like it has flown by. But luckily, I still have a list of things that tickled me during the past 29 days.

Lists. I love them.

What starting out for Hugh Murphy as a bit of a joke between friends about T-Rex's tiny arms has turned into my favourite internet meme. Over on trextrying.tumblr.com you'll find an endless amount of tiny arm jokes to brighten your day.

It all started with this: 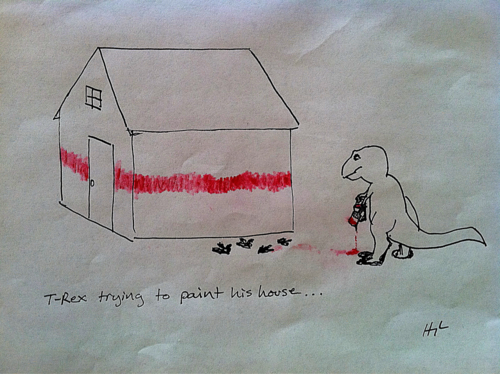 And has run to here: 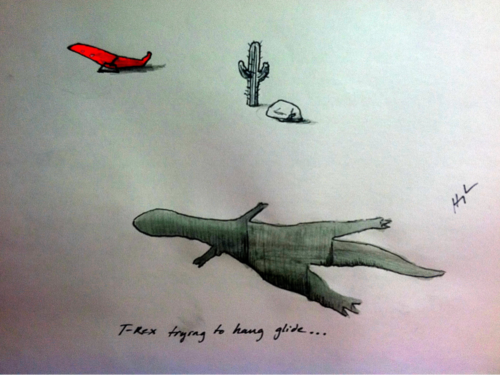 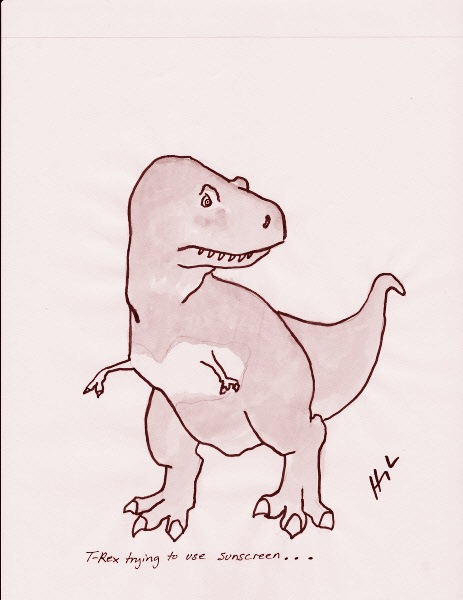 With new ones going up pretty much every day it's worth following that blog for some regular giggles.

This video has been doing the rounds online all month. It's an intro to a fictitious 80s cartoon "Space Stallions" that you will wish was real due to dangerous levels of awesomeness.

The video was made as a bachelor project for The Animation Workshop. I assume the guys got A+++.


It manages to squeeze everything cheesy and insane from our childhood cartoons and fuse it with a rocking synth track for maximum 'tude.

You know those old news reels that movies and TV shows like to parody so much? Well, they actually existed and were often even more insane than the parodies. Luckily, British Pathé have been uploading these classic videos online and they're worth a look.

For example this piece of ant-theft technology which was supposed to be common place by now... I wonder why not.


Probably something to do with lawsuits.

Or how about this piece from 1932 about a golfer with no arms.


Seriously, check out the channel for more fascinating stuff from the past youtube.com/user/britishpathe.

By now you're surely all familiar with that most ubiquitous of internet meme, the rage comic. Well, here is a great video that morphs people faces into those well known grotesqueries.

Lisa Hannigan covering Gotye's hit "Somebody That I Used To Know". Too much musical loveliness in one video.