Today myself and the girlfriend decided to take a trip to Bray and frolic (or the closest approximation to frolicking) for the day. I have taken some pictures of said frivolity and have decided to share them with you because they go from the mundane to the fucking insane.

First of all, lets just show off both the, ahem, beautiful weather and packed beach...


Although, beware, stone thieves are not appreciated... 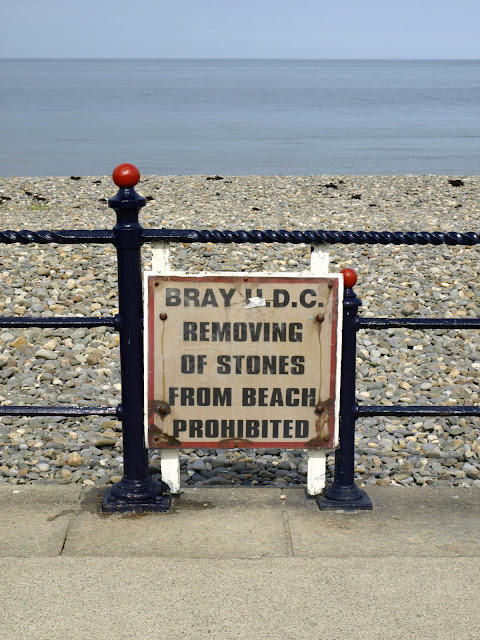 There were many amusement rides but my girlfriend was insistent about us getting on this Ferris Wheel. 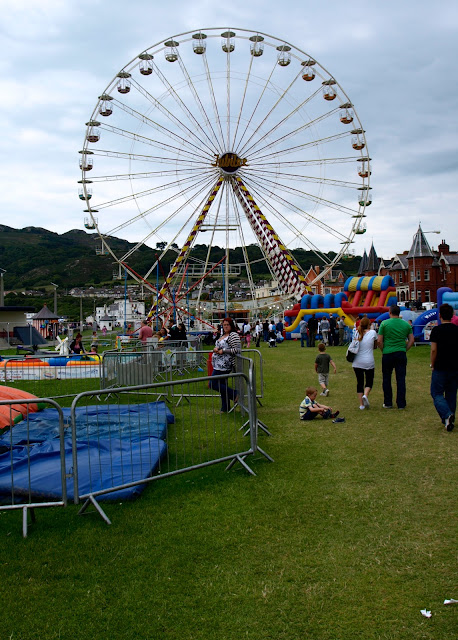 Little known fact about me: Ferris Wheels scare the shit out of me. I don't expect them to chase me down the street or anything, but if you want to see fear in my eyes then put me on a Ferris Wheel. Roller-coasters are cool, I feel safe because of inertia and safety bars. Ferris Wheels are rickety, slow, rocky and death traps! So for the duration of the ride I clung to the middle of the seat while my girlfriend slowly lost respect for me.

However, this was not the scariest thing of the day. Oh no...


This was one of those animatronic stage show things that I had only ever seen on TV. Unfortunately/Luckily it had shut for the day (the kids weren't exactly clamoring around this thing begging for it to be turned on) but it allowed me to get some close-ups.

Those planning to sleep tonight may want to look away now... For those of you remaining; from left to right: 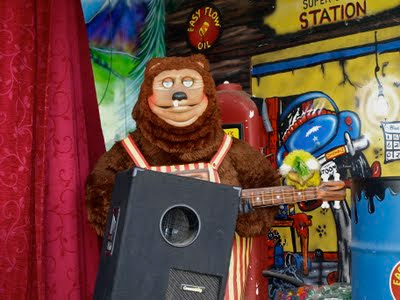 This... thing has extremely sad eyes. It just looks like it hates his job and got dumped by his girlfriend all at once. He's also strangely hiding behind the amp. Maybe it's an attempt to hide his tears. 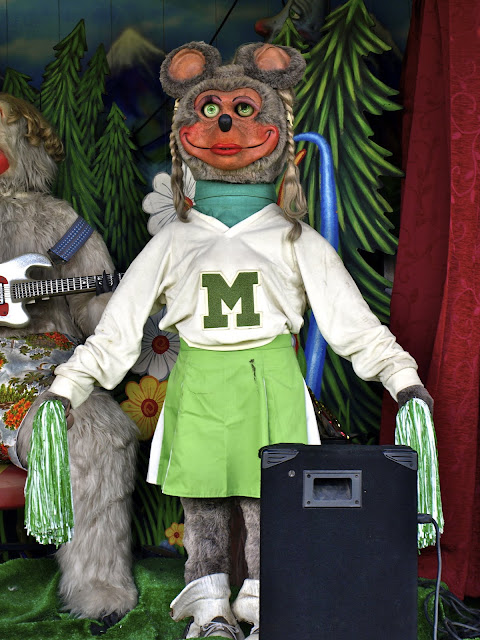 I'm sorry. I know we all could have lived out our lives without seeing this thing. Somebody, somewhere thought this was cute. That person is a serial killer and needs to be found. 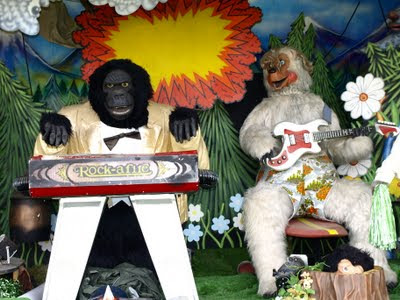 Hawaiian underwear and nothing else? Sure, he'll match our ape in a gold tuxedo. Sure, why not? But don't forget to have something explode behind them to tie the whole scene together. 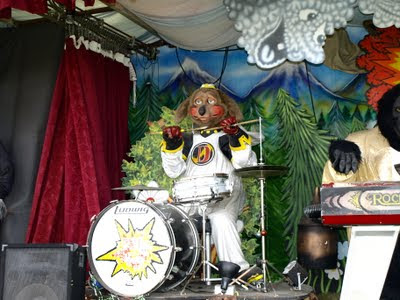 Ringo looks as sad to be here as the bear. Maybe Ringo is the one who broke up with him. Stage relationships can be tough on the road. 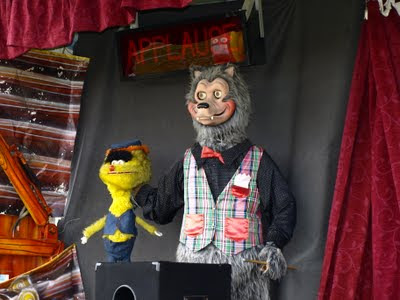 And to complete the band, what every pop outfit needs; a wolf ventriloquist. Oddly, the dummy is probably the least creepy thing on this stage.

So thank you Bray, for making clowns less scary.
at 01:31

Email ThisBlogThis!Share to TwitterShare to FacebookShare to Pinterest
Labels: PHOTOGRAPHS