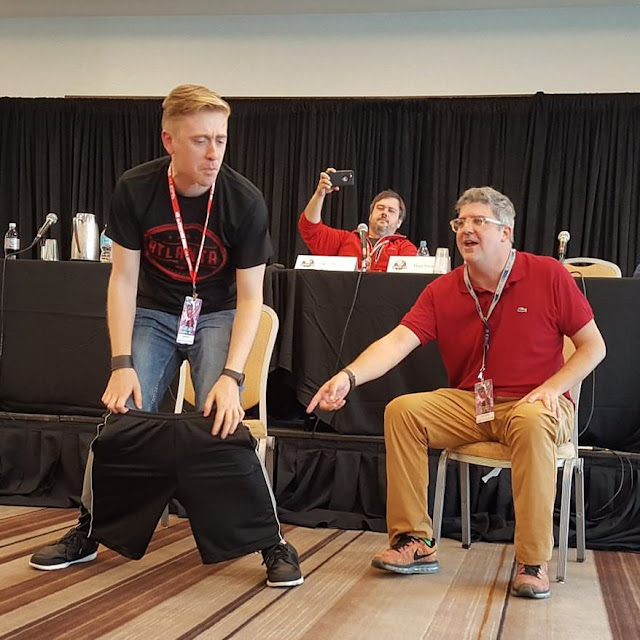 Here is what Ken Plume had to say about this one:


A long time ago, I used to do a podcast with TV's Dana Snyder. As a thank you to those of you who listened to it over the years, here's a little something from the vaults, recorded at DragonCon 2016.
Unknowingly at the forefront of a movement, we began doing the podcast over a dozen years ago. Our release schedule was at times remarkably consistent, and then at times it was wildly erratic. Still, it stands as a document of two friends just chatting about stuff.
Good times.


Ken P. D. Snydecast 234: Saying Goodbye - Ken & Dana do the opposite of return with their action-packed panel recorded LIVE at DragonCon 2016, with special guest Aaron Fever.