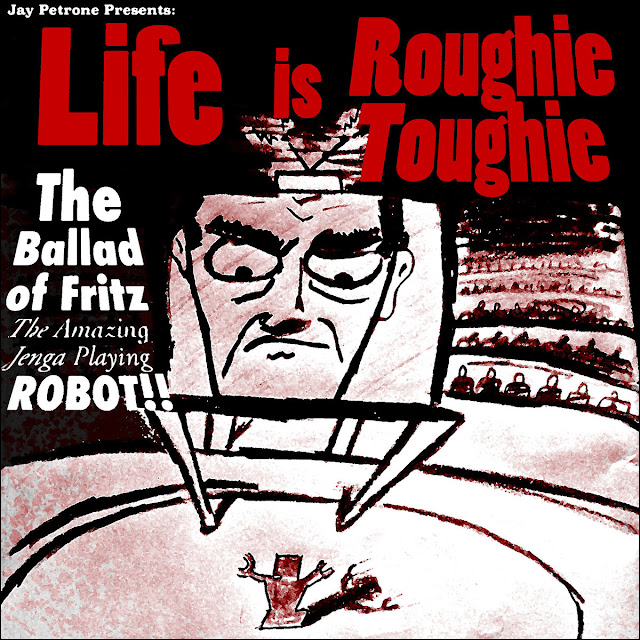 On Tuesday the above album, Life is Roughie Toughie: The Ballad of Fritz The Amazing Jenga Playing Robot, by Jay Petrone was released to the world. And to celebrate such he invited my improv group Kill The Monster to perform at his release party and subsequently he asked me to bring to life my part in the album's titular song. That's right, I feature on this album. The opening song no less. What more reason could you want to download this comedic/musical masterpiece?