Aaron’s WWEport – The Revolution Will Be Televised

I haven't watched an episode of RAW in nearly two months. I was done. Too many bad storylines, too many entertaining wrestlers over-looked for Vince's golden-boys. But more than anything else it was committing the most heinous crime in Pro Wrestling; it was boring.

NXT on the other hand was entertaining the hell out of me. First of all, it was only one hour a week which is a much more manageable time allotment for viewing. I wouldn't begrudge it if one week was a little lack-lustre because I wasn't losing that much time to it. RAW's 3 hour snooze-fest was becoming increasingly frustrating considering how many things I could actually get done and accomplish in that time instead.

Secondly, NXT does not have 20 minute (or longer) promos opening every show sucking the life-blood from my brain. Most of the story telling is done in the ring or with 2 minute interviews back-stage. The odd time there is a promo in the ring it's usually done to call someone out and rarely lasts long. You know what all this leaves more time for? Wrestling.

And, oh my, how the wrestling has been good. Kevin Owens, Finn Balor, Tyler Breeze, Sami Zayn, Hideo Itami are all legitimately great wrestlers and have all been competing for the title over the past few months. However, I found myself increasingly being drawn to Sasha Banks, Bayley, Charlotte, Becky Lynch, and more with how they have re-energised female wrestling to the point where the women's matches are often my favourite ones on the show. No longer will the ladies be referred to as "toilet breaks" now they're must-see TV.

Then three of the Four Horsewomen invaded RAW and I got that flutter in my chest that I hadn't felt since D-Bry's run for the title. 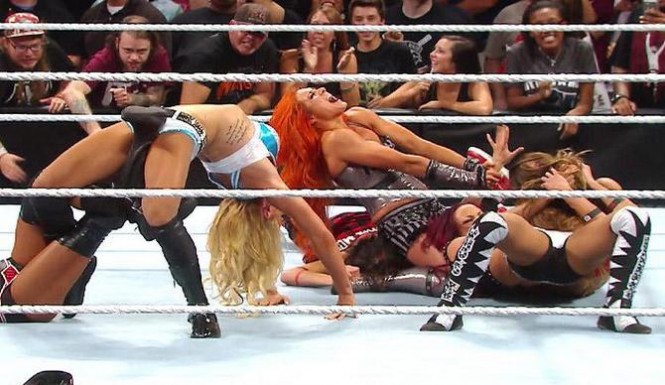 So this past Monday with Banks, Charlotte, and Becky coming off the back of their RAW debuts the week before and their impressive showings at Battleground the night before I was compelled to once again fall into the trap of watching an episode of RAW. And I really can't state this enough, it was the prospect of seeing these three women tear it up with the likes of Paige and Naomi that made me tune in. Not even Brock vs Undertaker could do that right now.

I'm more than happy to report that the women did not disappoint and I was especially glad to see two full matches on the card. There is still some way to go; they need to figure out what to do with the Bella Twins now for a start. As Brandon Stroud said on Twitter about the Battleground match "Charlotte vs. Sasha Banks vs. Brie Bella is like Van Gogh vs. Picasso vs. Guy Fieri". But to have people cheer, consistently and loudly, for two Divas matches on RAW? That's a good start.

And also, please, for the love of god, let's get rid of the term "Diva". Please.

Now that they're off the Network and on TV the only way is up for female wrestling as the bar has now been raised and everyone needs to evolve or lose out. Princesses tend not to survive revolutions. 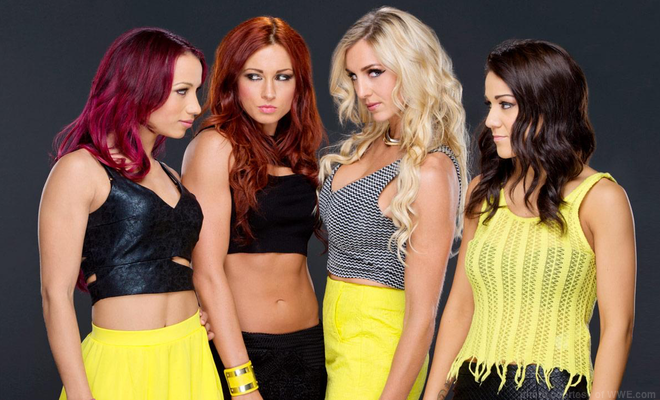