In 2013 I reviewed every single comic I read. It was both fun and difficult to write about all of them. You can follow that journey HERE.

This year, comic reflection has been very limited. Partially because I was too busy to keep writing about it but also because I was dropping books like flies. I realised after my 2013 challenge that I was reading a lot of comics purely out of some sense of loyalty to the characters or creative team and that I wasn't always enjoying actually reading them. With that in mind, here is a little update on what I'm reading and loving now that we've entered the second half of 2014.

There are still a few comics that I'm buying which I'll probably bail on soon but here are ten that I absolutely love:

In no particular order...

One of two comics on this list with only one issue out so far but both have really impressed me with their debuts.

This is a fun, colourful, funny comic by Skottie Young and I'm convinced it's going to be huge. HUGE!

In total contrast, Lazarus is a serious and often brutal post-apocalypse kind of story about ruling families and a bleak future. 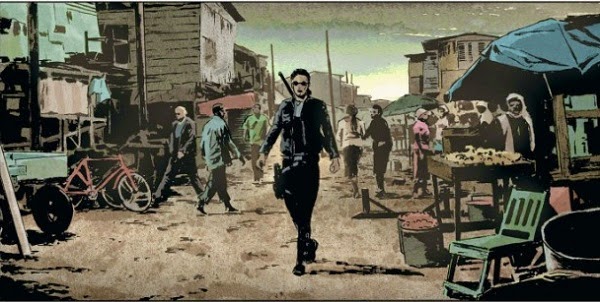 The colours are muted, the writing is detailed, and the plot is compelling. This is a slow burner but I'm definitely going along for the ride.

I'm a bit of a Bendis fanboy, I won't deny. Added to my love of the X-Men and this was always going to be a home run for me. 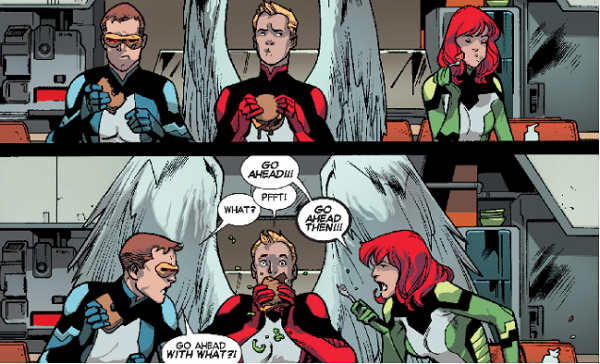 Lots of laughs, lots of drama, lots of action. It's what an X-Men comic is supposed to be. Time warp or no.

Saga is the runaway comic hit of the last couple years so you don't need me to sell it to you. 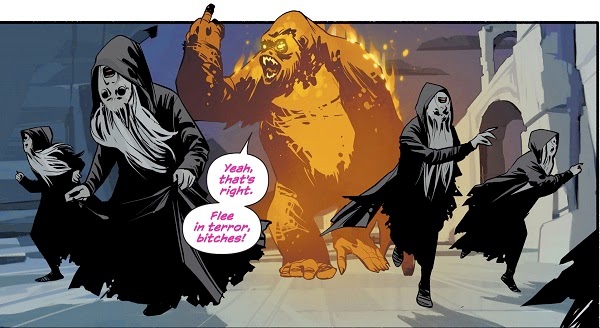 Hawkeye's release schedule seems to have taken a turn lately. It has never had perfect timing but it seems to be wobbling late more and more. 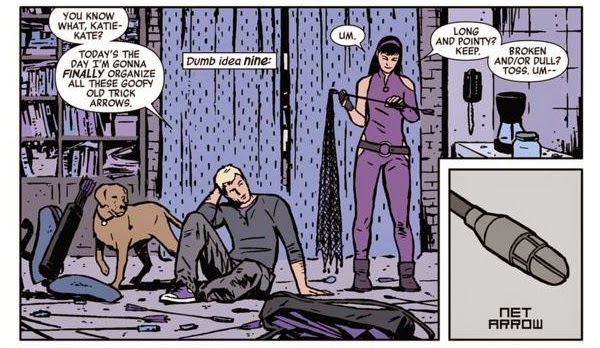 No matter. Some comics are worth waiting for and this is one. I don't know how much longer it will last though.

I wasn't fussed by the last two incarnations of this book, but with this year's re-launch by Ales Kot, Michael Walsh & Matthew Wilson I was hooked.

This is going to be considered a superstar line-up of talent in the years to come. Just watch.

The buzz for this comic seems to have died off but my love for it hasn't. Where else are you going to see Einstein with a machine-gun?

By the way, Einstein With A Machine Gun is the name of my death metal band.

I was blown away by this first issue. Kieron Gillen has tapped into a story thread that is as rich as it is intriguing.

Teenage God popstars who literally give their audience orgasms with their music? How could I not love it!

More teenagers but this time Rick Remender tells of grimier pursuits in a school for child assassins.

Drug use and romantic melodrama combine with violence to give an accurate-and-yet-not view of school life.

Hands down the prettiest comic on the market. It's also very liberal with executing it's characters.

In that sense, it's the Game of Thrones of science-fiction action comic books. You can quote me on that!
at 18:19