Today I had planned to post an article about Wrestlemania and the post-Mania RAW. How I had lost faith in the product in recent months but how the young talent coming through were giving me hope. However, the news I woke to this morning has put all of that to the back of my mind. Last night the world lost The Ultimate Warrior to an untimely death at age 54. 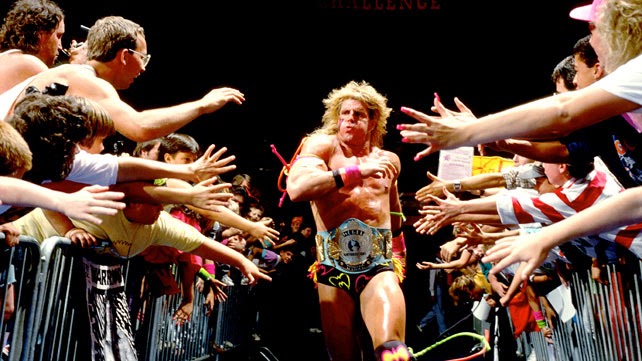 I can think of no better tribute than the words he said himself on Monday night.

"No WWE talent becomes a legend on their own. Every man’s heart one day beats its final beat. His lungs breathe their final breath. And if what that man did in his life what makes the blood pulse through the body of others and makes them bleed deeper and something larger than life then his essence, his spirit, will be immortalized. By the story tellers, by the loyalty, by the memory of those who honor him and make the running the man did live forever. You, you, you, you, you, you are the legend makers of Ultimate Warrior. In the back I see many potential legends. Some of them with warrior spirits. And you will do the same for them. You will decide if they lived with the passion and intensity. So much so that you will tell your stories and you will make them legends, as well. I am The Ultimate Warrior. You are the Ultimate Warrior fans and the spirit of Ultimate Warrior will run forever."

If you have the WWE Network I expect you're already watching everything they have featuring him. I could post videos of him all day but here is just a taste of what a great wrestler he was. He helped shaped the industry and I'm just glad he was able to have his victory lap over the Wrestlemania weekend before his death.