Last week Kieron Gillen, Ryan Kelly, and Jordie Bellaire's Three came to a close. From the outset, Gillen would describe his story as the opposite of Frank Miller's 300 both literally and spiritually. In Miller's tale it's 300 Spartans versus the might of the Persian Empire. In Gillen's story it's one Helot slave versus 300 of Sparta's finest. Miller glorified the machismo and bravery of the Spartans while Gillen aimed to highlight the hypocrisy and desperation of its end while spotlighting their slaves. 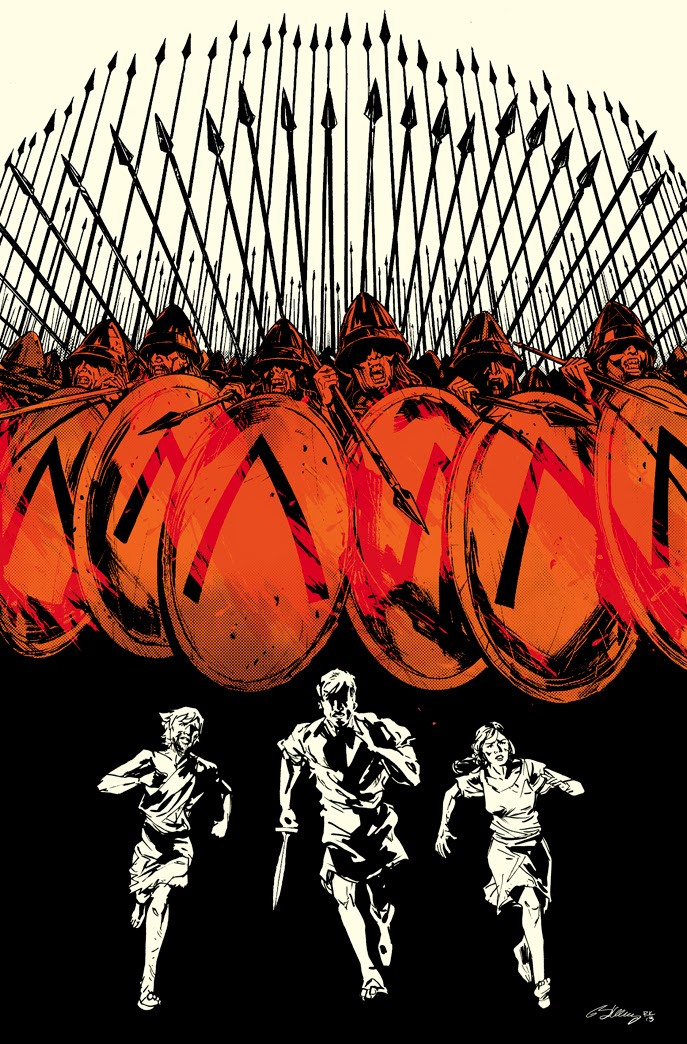 In a lot of ways Gillen's passion to readdress the balance of opinion towards the Spartans is a noble cause. There has been many presentations of Sparta in different forms of media regarding how progressive their society was at the time towards women and their prowess in battle. However, they still had slaves and a two tiered society. Even at the famous battle shown in 300, each Spartan warrior had a Helot by their side carrying their equipment and helping along the way. Where is their place in history? This is what Gillen tries to express.

Kelly and Bellaire do a great job on art. Kelly has a very rough style, similar in times to Ming Doyle, and is excellent at making every character both strikingly tough and unnervingly brutal. Meanwhile Bellaire works with a very small pallet, one that drips with gold, blood, and mud which is tonally perfect.  They both excel on their covers too with all 5 in the series standing as works of art. 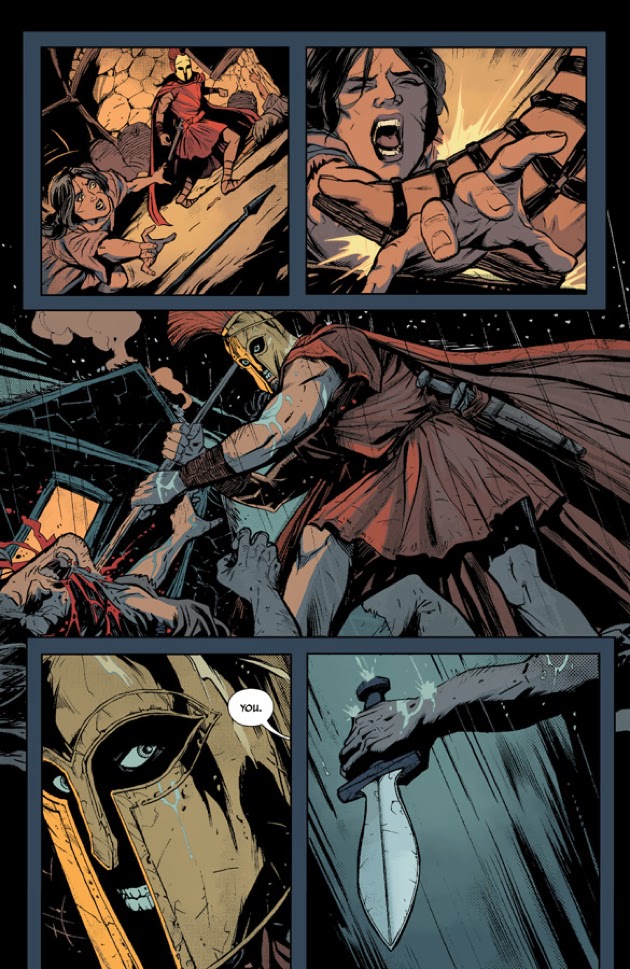 The question, now that the story is over, is does it achieve its goal? Yes and no. Three does a great job at showing the last days of the Spartan Empire, showing its inadequacies along with its excesses. It enlightens a little about how doomed to fail some of their policies were but also how stubborn they were all the way to the end.

But as a story, specifically as a tale being told, Three falls a little flat. Partially this is due to the shortness of it, and partially because there just isn't enough going on between our three Helot protagonists and their Spartan chasers. It's all a little too simple. So while the story itself is fine and well written, it becomes a little unsatisfying on reflection.
at 14:51