Now that the show is over and I've had a full day to get rid of the hangover I can finally blog about this little thing I did on Saturday night.

If you're a regular reader of this blog you'll know that apart from writing lots of stupid articles for a myriad of websites I also write stories from time to time. I filmed a few of them, different sketches and such. I even directed a short film I'm quite proud of. But I had never directed or wrote for the stage before.

Thanks to the No Drama Theatre group I was able to tick both off my list by taking part in their biannual Shindig which allows their members to showcase short plays together on one night. I wrote a ten minute piece called The Interview about two ex lovers who meet for the first time in years during an awkward professional moment. It seemed to get a good reaction from the lovely audience on the night and my cast did me proud. 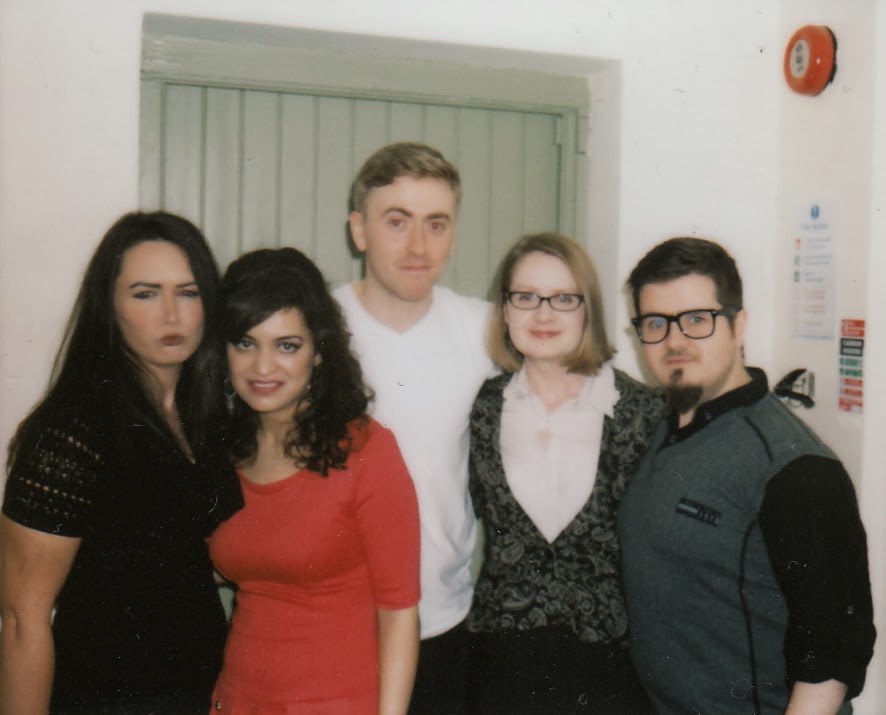 Each one of them are stars and I expect I'll be working with them again in the very near future.

There was a camera present on the night so I may be able to show you the performance at some point but in the mean time I just want to thank everyone involved for making it a great experience (particularly Alan Rogers who was left in charge of the chaos) and to the great audience there on the night who came to watch some really mad things happen on stage.
at 18:29