The third issue of the new X-Factor series by Peter David was released this week. It's a (mostly) new line-up and a return to the idea that the team is owned/sponsored by a corporation.

Polaris, Gambit, and Quicksilver are the current team members but we've been told both from the launch news and the in-comic title intro that we're to expect three more members. Those members are rumoured to be Cypher, Warlock, and Danger. Cypher and Warlock have an interesting history together, at one point they inhabited the same body, and Danger has a complicated past purely by being the living embodiment of the X-Men's original Danger Room. That's two alien robots, if anyone is keeping count.

It's surprising to go 3 issues with only 3 team members. Especially because David has a history of creating unyieldingly large groups. Serval Industries, the corporation sponsoring everything, is also so obviously shady that it's almost boring but double bluffs are things we have to be wary of in comics so I guess I'll pretend to be surprised when our heroes (however long it takes them to get together as a full unit) eventually rebel against their bosses.

The covers so far have been absolutely gorgeous. Unfortunately I've been less impressed with the interior artwork but I've long held the belief that Kris Anka is a more pleasing artist than Carmine Di Giandomenico so I'm biased. Plus it's just a really clean and gorgeous design to all the covers so it would be hard to live up to that inside.

I'm really on the fence. There are good elements at play here but none of them seem to be gelling for me. The cast is odd and I haven't warmed to them but they haven't fully assembled so I'm hesitant to judge.

David can be a great writer but he has a habit of pushing pop culture jokes on characters that don't really fit them. For example, Gambit made a Star Wars joke and it just felt off to me. Like he just wouldn't watch that in my mind because he'd be too busy trying to steal stuff or touch ladies (inappropriately). My view of Gambit may be heavily influenced by the 90s though.

Right now All-New X-Factor is on my wait-and-see list, as in I will wait-and-see if I want to stop buying it or not. There is definitely potential but I need it to deliver something great soon to keep my faith in it. 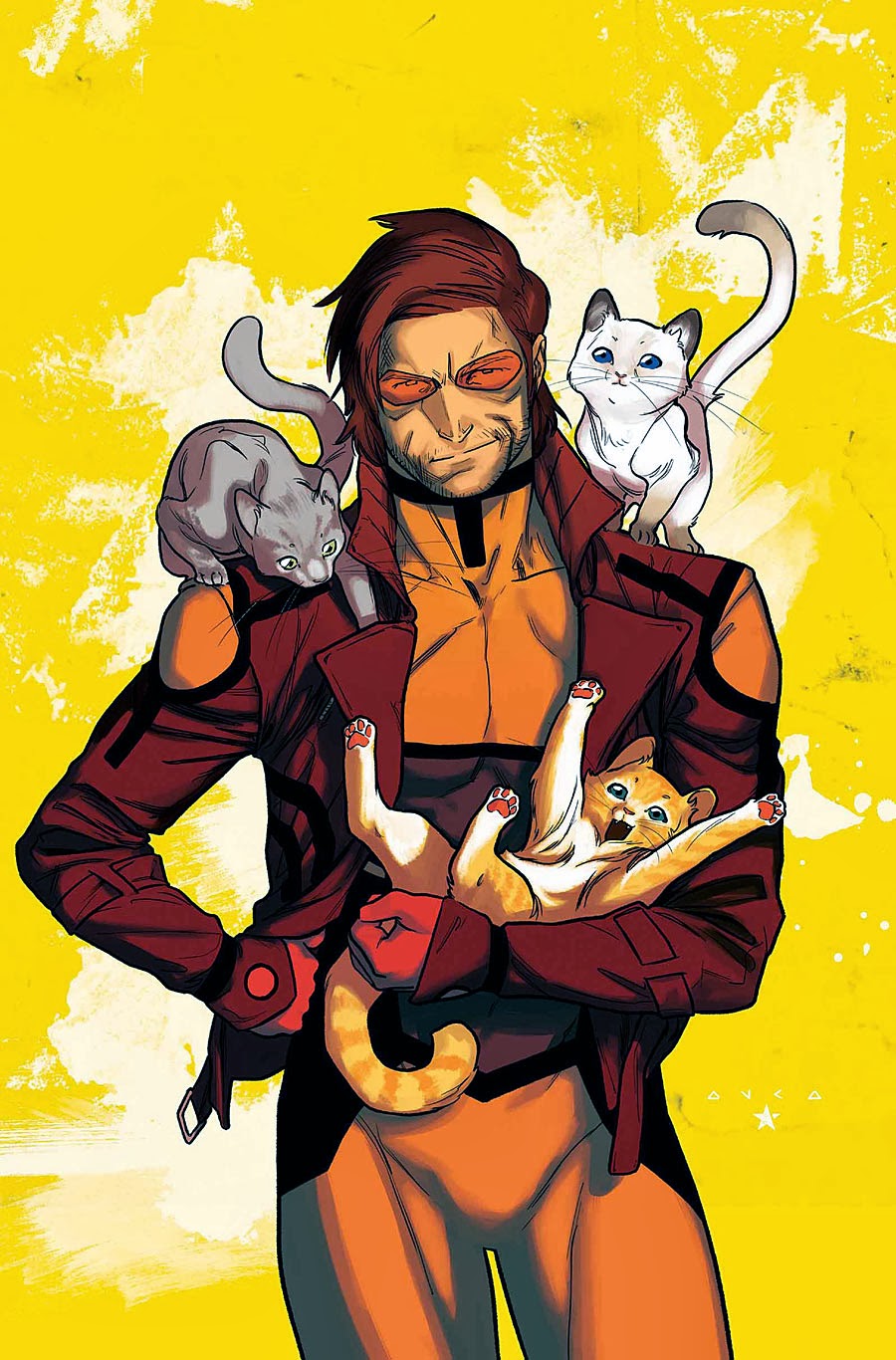