Lots out just before Christmas so lets get right to it. 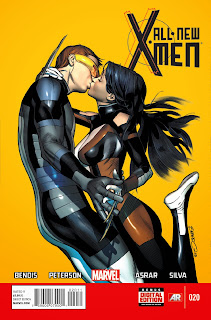 Man, that Asrar guy is everywhere these days! No complaints from me though. Him and Peterson essentially take half of the issue each. Asrar the first half and Peterson the second.

Bendis is really taking advantage of his X-Men run by trawling through the comic's history. Not only did he create a story where he could play with the original 5 but he has now taken a classic bad-guy in William Stryker and semi-ressurected him by introducing his son.

Now if memory serves me right, the only son William Stryker ever mentioned in the comics was a mutant who he killed at birth as soon as he noticed the child's difference. Considering this rather pivotal part of the character's history, Bendis' explanation of this son better be good. 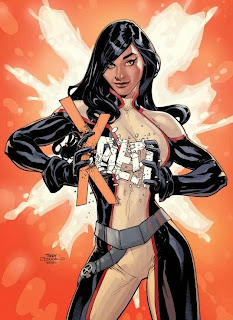 I really dislike Terry Dodson's art. Every single female face is the same dull doll face. His figures have a habit of being the kind of spine-breaking contortions that Rob Liefeld would be proud of.

Take this cover as an example. What the fuck is going on with Monet's stance? Her hips are awkwardly pointing up and to the right bit they're twisted towards the left. Her chest is then turned prominently to the right with her shoulders points slightly up and to the left. All this while she is supposed to be crushing the X-Men logo up against her right boob. 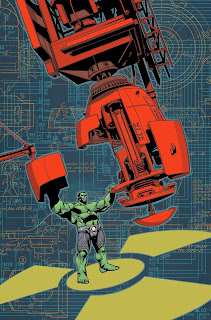 There is something about how Waid writes Banner that makes him incredibly sympathetic. I actually got really frustrated reading this issue because people were not listening to him. I felt as angry as Banner did while Tony Stark and Hank Pym were talking over him. Well, obviously I didn't turn into Hulk so maybe not quite as angry but you get the idea.

The Bruce Banner of Indestructible Hulk is a scientist desperately trying to reclaim his name in a world that currently only associates him with one thing. It's a noble effort, to make a better world and by doing so create a legacy not linked with destruction.

This is an Inhumanity linked issue and Banner is being tasked with finding a cure/control for the outbreak of Inhumans. It seems a weird task in a world full of mutants but there you have it. 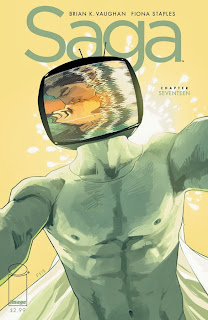 I got into a habit, as I often do, of doing things in a certain order. I have a weird brain that derives a certain amount of calm from ordering the more mundane parts of my life. For example, I spent a long period eating popcorn a certain shape before others, chewing on particular sides of my mouth, etc. And so, as these articles are always written in the order I read the comics, I would mostly read the comic I was most excited for first and work from there. 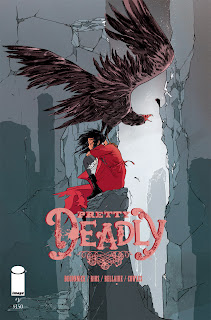 When last we spoke about Pretty Deadly I mentioned how I was unsure if this story was for me. I could tell it was very well done and a good comic but what I couldn't tell was if it was my cup-of-tea, so to speak. It happens all the time, it's just a matter of interest. Was this interesting me? I couldn't really see where the story was going or even what kind of story it was. It was unnerving me.

Well, after reading #3 I think I can say for certain that I get it now. And I'm in.

Not all the pieces are on the board, and I'm still getting to grips with all the characters but it's definitely revealed itself as the kind of story it is and I'm all for it. Greek-style magic and myth in the Old West. I can't wait for #4 now.
at 14:49