It's been a busy week! This Friday saw Ireland trounce Latvia in an international football friendly. That isn't particularly significant, it's happened a number of times before. What makes this one stand out is that it was Martin O'Neill's first game in charge of Ireland. 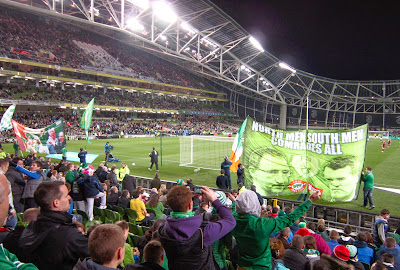 With a new managerial team (I'm not going to mention the assistant as I think there has already been far too much talk about him) came a renewed sense of positivity with the fans and we had double the attendance than we would normally get for a friendly like this. In fact, even my dad came to the game! 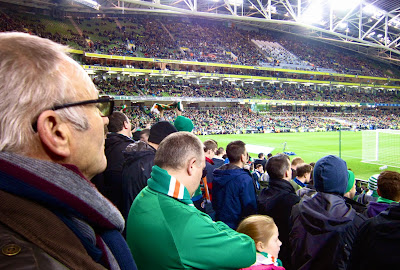 It was a good game and it was nice to see a few goals. James McClean deservedly got Man-of-the-Match as he worked tirelessly to impress the new manager (who he famously has worked with previously). But it's a whole year until our next competitive game and that's when the performances will really count. Lets hope the positivity last until then. 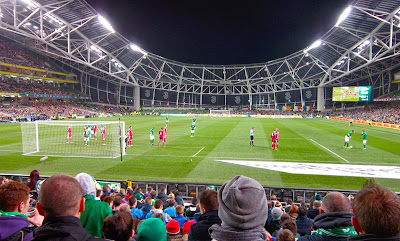