Late again with my report but as always life just gets in the way of me writing this. I would like to take a moment before getting into the comics I bought this week by saying that I will never understand the pricing by my comic book store. I am convinced at this point that they're making it up as they go along and just plain guessing the cost as they type it into the till.

As always, I list these in the order of which I read them, to give you a slight image of my awkward mind. 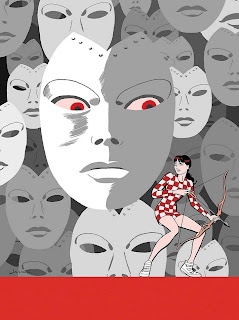 What is the point of annuals? I don't get it. This story is just another issue. There is little to nothing making it any different to a normal issue, except that there are few more pages and I got charged an extra two bucks.

So this "annual" issue is numbered 1? What? Guys, I'm not cool with this. I'm a fan of Hawkeye and Logic, and right now only one of you is playing ball.

On a slightly more relevant note, this is a really cool story with Kate on the west-coast and Madame Masque causing problems. I hope to see more of these two butting heads.

It's worth writing about how amazing Hollingsworth is once again on colours. He has a different colouring style for each artist he works with and they're always complimentary. Dude is worth every award he's winning right now. 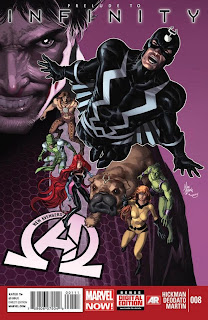 The complicated crises continue as I remain mostly confused.

Hickman does this wonderful thing of not over explaining everything that is going on. It's partially because he doesn't expect his audience to be mentally retarded and partially because he plays a complex game of hide-and-seek with his information so that you remain on tenterhooks to find out more. It's a charming game but one that I fail to play convincingly as I remain slightly mentally retarded. That's right Hickman, you may have planned your stories out intrinsically but you didn't plan for my dumb ass. Who's the smarty pants now?*

Our story of world killing and parallel universes has slowed slightly and redirected toward the brewing war between Wakanda and Atlantis. Is it smart to start a war between nations while the whole world remains in peril? Obviously not, so I'm assuming it has some sort of repercussions. Oh, the suspense!

*It's still Hickman, not me. 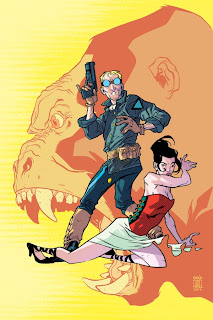 I'm seriously saddened (what is it with me and alliteration today?) every time I see the "of 6" note beside the issue number on this wonderful comic. Trust me when I say that I'll be looking for more by these two creators in the future as I'm a instant convert after this series.

Our hapless hero Blue is trying to get to grips with his life, and the fact that it is still ongoing, while he's pulled from one life-threatening event to another by his new, giant, talking, gun-toting, gorilla friend. We learn more about this crazy futuristic world that he inhabits and a little bit more into the why it is the world that it is too.

More fun than you can shake a stick at, I tell ya. 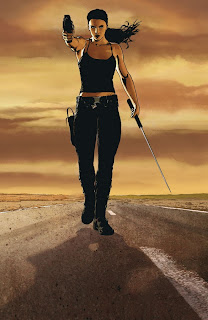 Look at that cover. Just take a moment to look at it. Don't worry, I'll wait...


Ok, now could every comic book artist in the world please take note that this is what a real woman looks like when drawn by a real artist. Please take the time to also note the lack of ridiculous cleavage or costume masquerading as skin. Now get back to me when you can do the same.
Thanks.
at 00:07