On Saturday I took a trip up to Northern Ireland to see the Game of Thrones exhibit they had for two weeks in the Titanic Belfast Centre. It was only a small exhibit but it had some cool props and costumes. Here are a few pictures I took, you can click them to see larger versions. 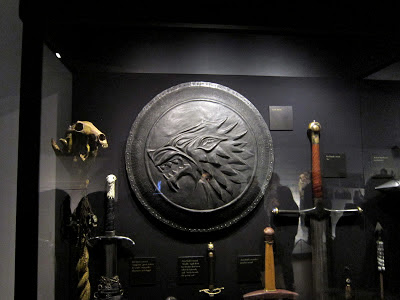 There were lots of the swords from the show but I was particularly smitten with the Stark shield. 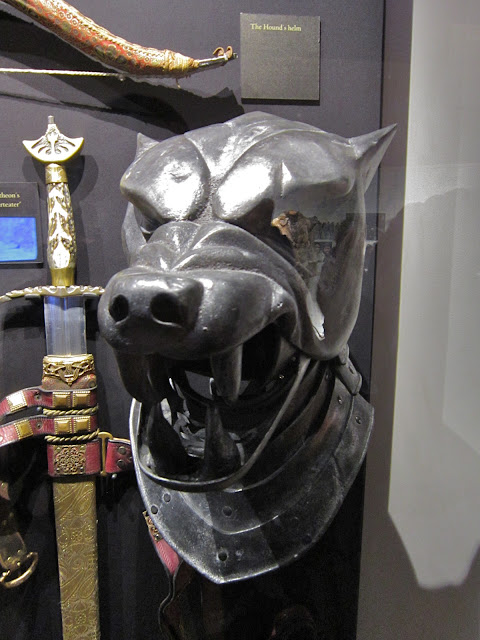 The Hound's helmet too is very eye catching. I would have probably taken a picture of every item in this case but it was tough to get close enough. People were all cramming in to get pictures. 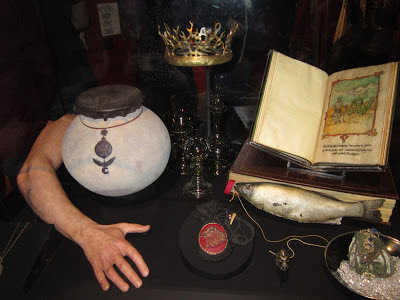 Some great props here including Joffrey's crown and a severed arm! 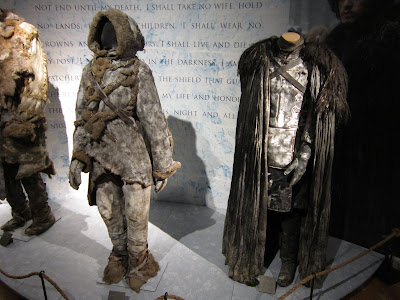 I've loved Ygritte since she first aggressively flirted with Jon Snow. Her costume looked very soft and comfortable. Jon's... not so much. 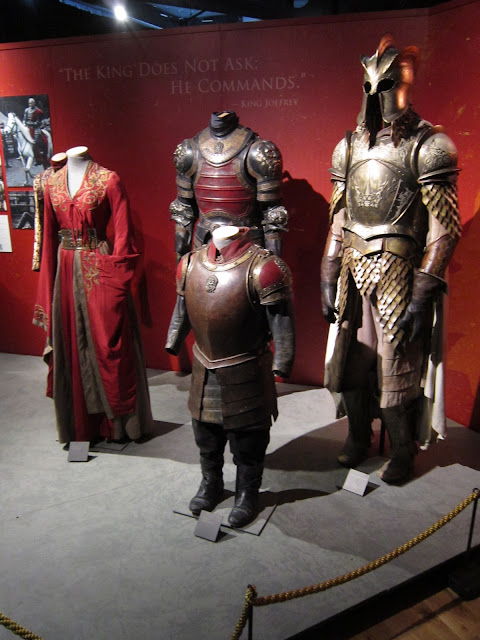 A Lannister family shot. Peter Dinklage isn't as short as you'd think judging by his outfit when you're up close. Also, rather hilariously just above their display... 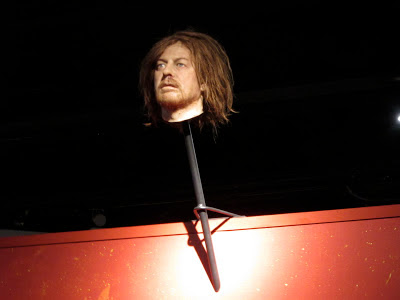 ... the people who arrange the exhibit have a wonderful sense of humour. In case you can't read the sign; The third egg was given to George RR Martin as a wedding gift. 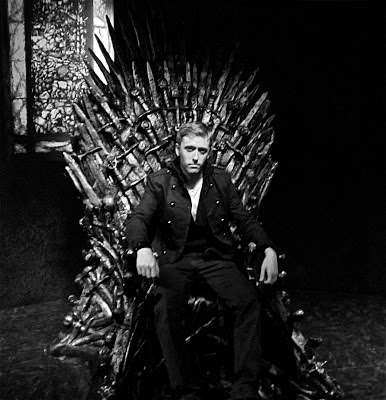 The biggest reason I wanted to go was this. The queue to sit on the throne was long, as you could imagine, and you were warned you could only take one picture. Unfortunately, mine came out quite blurry and shit so I've edited it to within an inch of it's life.

It's MUCH smaller in real life than you'd think.

So all that was left was to browse the gift shop and head back to Dublin with my Khaleesi. I only picked up one thing but was quite pleased with the little gift I got. Expect to see it on my coat the next time we meet. 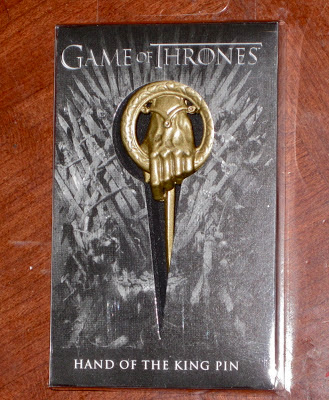