Lots to talk about this week. Also picked up a back issue for a comic whose second issue came out this week because I liked the look of it. I feel like I could have phrased that last sentence better, but let's just move on shall we? 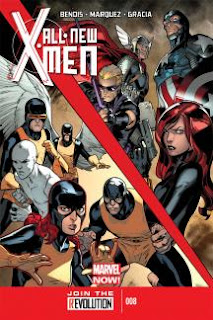 This issue is spent mostly with the Angels of both time-lines as present-Angel dodges past-Angel's questions. Then, they dodge bullets together as they foil an attempt to destroy Avengers tower. This, as you can imagine, brings the big team into the X-Men's sordid time-affair and that's basically the issue in a nutshell.

There's a couple good comedy moments in this and it's nice to spend a bit more time with Angel although it is slightly frustrating how all those questions are never answered. But what I like most about this issue is that it gives a quick opportunity for past-Cyclops to once again step-up to the plate.

I really hope this series helps plant Cyclops back in the box of beloved good-guy again. He deserves it. 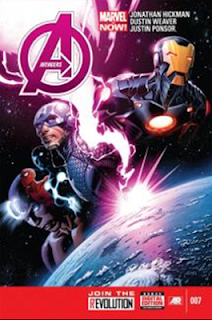 More mysterious mayhem as aliens and parallel worlds collide (in some cases literally) with the Avengers team. This issue is the first one that seemingly ties in heavily with the New Avengers title. I could be wrong and completely misinterpreting it but that's my view.

As part of all the world ending danger, the universe apparently has a habit of creating champions to deal with the planet-smashy-stuff. This issue introduces one and judging by how it does it, things may really start kicking off with the next issue.

As I have said the last couple of weeks, this book had slowed almost to a halt but it seems that respite is over now. Can't wait for the next issue. 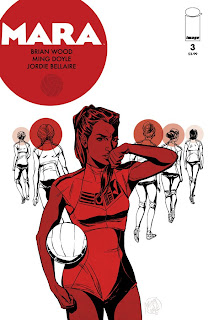 We're now officially half way through this story (there will only be six issues) and I'm still perplexed as to how it will end.

Mara's powers have become fully evident and the world knows. The world is also freaking out and an assassination attempt is made. On top of that, Mara's personal life seems just as bleak too. So, where do we go from here? Up.

By the end of the issue we find out that the action is about to kick off, which has both positives and negatives to this story. It seems like a predictable move but considering this is a story that up to now has taken a more alternative approach to the superhero character arc I'm sure that my expectations will prove to be wrong by the next issue. 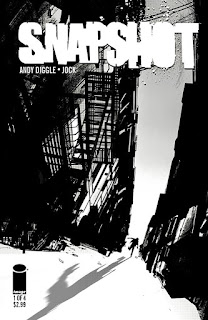 This is an interesting one. I bought it on the basis of the creative team who knocked one out of the park with the series The Losers (later made into a movie with none other than Cap himself, Chris Evans). I particularly love Jock's art and it's nice to see him work with black and white like he is doing with this book.

It's a short series, there will only be 4 issues. The first one deals with a comic book store worker who finds a phone on his way to work. Whereupon he meets one of the regulars who tells him to look at the contents. The two are shocked to find a dead body in the pictures on the phone and panic. When the phone rings, you can imagine how the story takes a turn for the worse from there.

It's a good thrilling premise but with only 4 issues they don't have a lot of time to play it out. I'll talk more about it below... 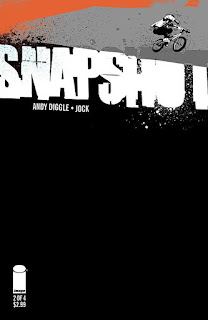 ...One of the things that bugged me straight from the start was the dialogue between our two comic book loving protagonists. It was so forced and "wacky" that it made reading their conversations eye-gaugingly painful. It felt like it was "youth speak" written by a 70 year old. However, this is probably the only thing that I can find fault with the story.

There is something familiar about the plot but it's secrets and twists are engaging. The second issue is improved with the introduction of a young female character. Everything moves swiftly. Much like how The Losers felt akin to a rebooted A-Team, this has very much the trappings of good ALIAS-style television.

I'm going to repeat myself here but half way through and the story only feels like it's beginning, similarly to Mara I'm fascinated to see how they end things with only two more issues to go...
at 18:52