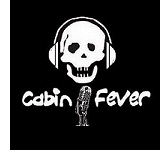 We at Cabin Fever have become known for certain segments that we would have on our show. You Put What Where? being a popular example. I think for us, as hosts, our favourite to do has been the Taste Tests. The reasons why are pretty obvious, we get sent free food from around the world and get to eat instead of yap.

Sure, some of the food we've been sent has been hidious. We don't always agree about what is disgusting, for example I get sick to even think about the dried seaweed we tried but Brian quite liked it, but nevertheless we've both had stuff we'll never try again.

This time we got sent some treats from Utah and while we mostly agree that it was nice, there are some nasty moments in there too. To find out what we tried, you'll just have to listen!