Our second match was against Spain in Gdansk. After our terrible performance in the first game, we weren't exactly thrilled to be playing the World Champions. In fact, we were still on a bit of a downer in general.

I think we were being a bit shy in Poznan and not talking to many people. Polish television was only getting us so far (although thank god for VIVA playing some English language music videos) and I think at this point cabin fever was setting in between myself and Andy. To top it all off, it had started to lash rain the morning we left for Gdansk.

I think Andy summed up our feelings for the trip at this point in this picture of him on the train. 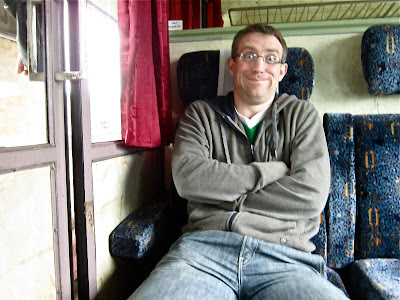 We had some genuine problems in Gdansk. Our campsite was a hole and it was tough getting around. The weather was really dampening our mood (get it?) and in general we were both feeling really miserable. To fix this, we decided to book a Bed & Breakfast in Gdansk for that night. If we were going to be there, god damn it we were going to sleep with a roof over our heads and be dry. Weirdly, this worked a treat and our moods instantly picked up. In fact, we were positively giddy on the way to the stadium.

And what a stadium! Here was our first view of it. 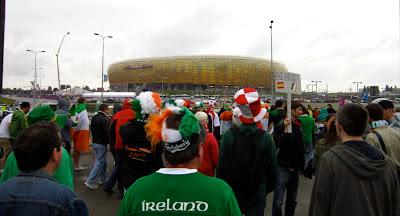 Here is our view inside when we arrived. This is the Irish team warming up. 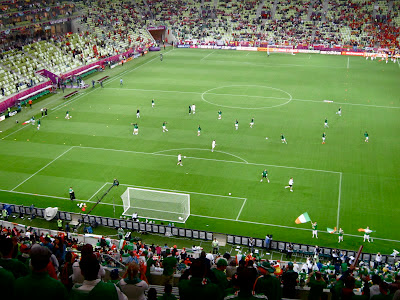 Lining out for the national anthems. You can see the corner of Spanish fans. Once again we outnumbered them greatly. 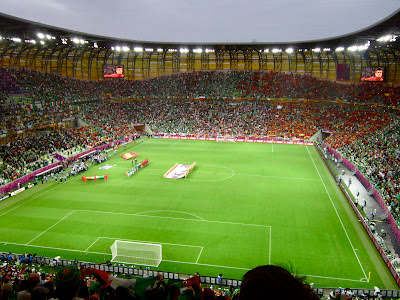 So, the next part is both awful and wonderful at the same time. We lost 4-0. It was horrific viewing. But with about 10 minutes to go there was a collective cathartic release from the Irish fans. We were fed up, our team humiliated. A chorus of The Fields Of Athenry started from the crowd. For those who don't know the song, it's basically a story of death and incarceration. So not something you'd expect to hear at a football match but Irish fans have been singing it for years. It's sometimes sung as a celebration but probably more often than not it's a show of solidarity in the face of adversity.

Here is a video I found online of it. You'll see here when the final whistle is blown around the 5 minute mark, we didn't stop for a second.

Apparently, it was so moving the German television commentators didn't speak for the last several minutes of the game. He felt the viewers had to take it in.

I'll be honest. I had tears in my eyes as I screamed every word at the top of my lungs. I was distraught and devastated towards the end of the game. This was a cathartic release and I was able to shrug it off afterwards. I'm proud of my country and I'm proud of our fans. "You'll never beat the Irish" is a chant we often sing at games. It's not a literal statement, but it's true. You'll never keep us down.

So as we left the stadium and took in the sight of it lit up at night... 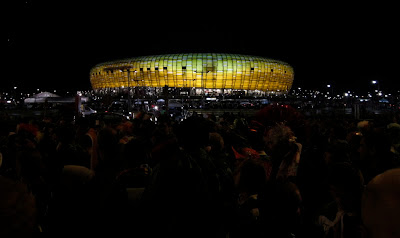 ... we decided that, instead of copying our sulk after the Croatian game, to instead party the night away and celebrate just being there. It was just what the doctor ordered.

We saw some crazy sights that night. For example the honey monster. 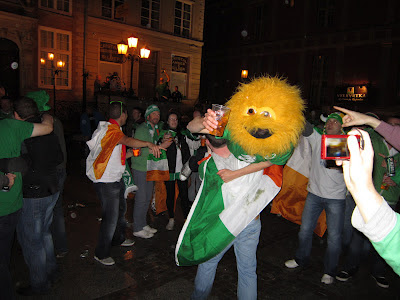 And even some flares. When I saw them being lit inside the archway entrance to the old square in Gdansk I literally ran to try and catch a picture. You can see my run below. 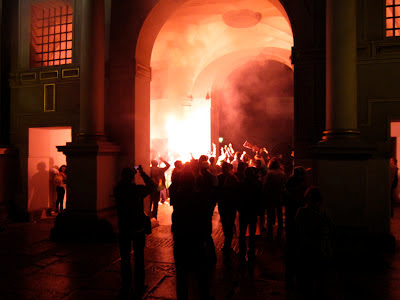 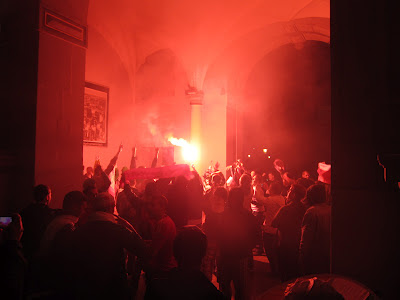 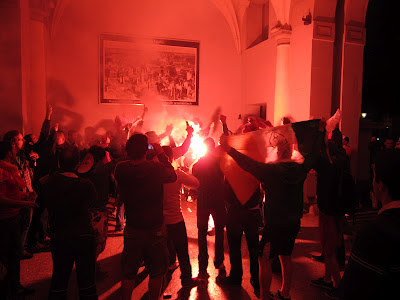 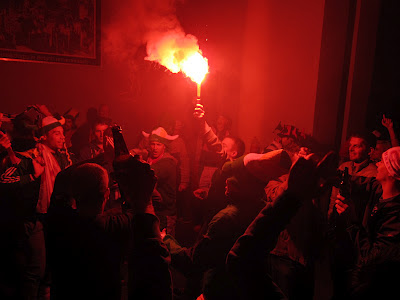 Totally worth it. I fucking love that last photo above. It was a mental night on that square but it was back to normal the next day... 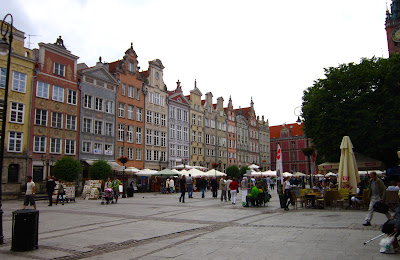 ... and I think I was back to normal too. We had a great time from there on in. But that's another day's blog.