Sorry for taking so long to post this last entry. Real life got a little busy this past week or two. It's probably only going to get busier for the next month so I might as well get this thing finished before my mind﻿ implodes.

As per usual, Poznan was jam-packed with Irish fans before the match. Although it seemed like a lot of Polish people became Irish supporters for the day too. They were wearing green clothes and had their faces painted with out flags. It was beautiful to see. 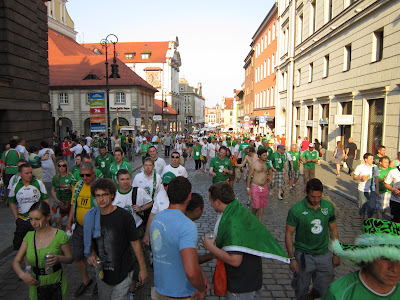 Public transport was great in Poznan but trying to squeeze onto the trams before a game was nightmarish. It probably doesn't help when people bring a spare pare of legs with them. 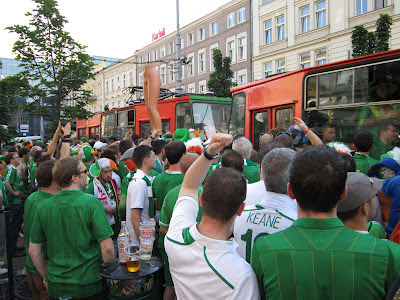 Somehow, we finally made it to the stadium (only after pulling the emergency exit switch on the tram about half-way there... it was mental) and settled into our seats nice and early to see the lads warm-up. 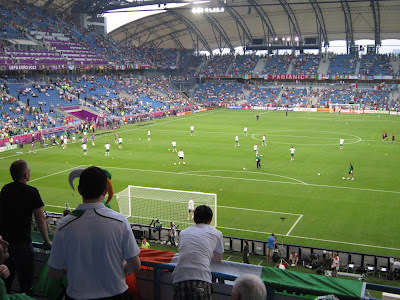 The stadium turned out to be a nice mix of Irish and Polish, with a couple of Italian people who I think got lost and ended up at the game. Seriously, it was a joke how many of them travelled for it. 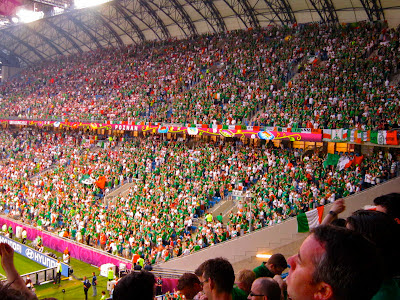 After we lost, again, we partied all night, again. It was a great night though. Lots of "Thank You Poland" chanting and such. We got a similar response from the locals too. It really was a love affair to remember. 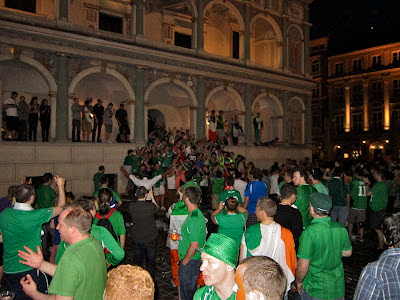