I'll jump to the day of Ireland's first match. It was 4 days into our trip and by this point we were chomping at the bit to see some action. Poznan, while wonderful, was pretty boring for us at this point as we didn't know the town very well or anyone in it. This match was our first release of excitement so we dressed appropriately for the occassion (like lunatics).

Here is me ironing my flag to wear around my shoulders. It would make my mother proud...﻿ 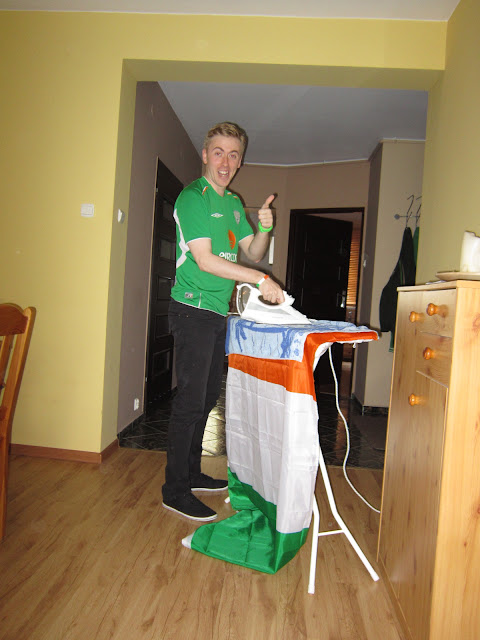 Of course, it rained for the match. It always rains on the Irish no matter where we are. Despite there being plenty of public transport taking people to the stadium we decided to walk instead. When we saw how packed the trams were going by, it made us feel good about the decision even if we were pretty wet.﻿ 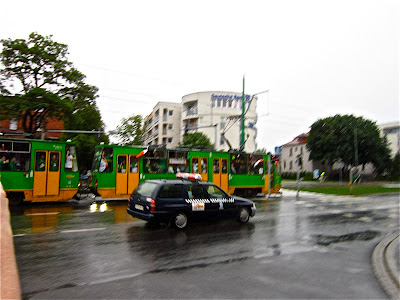 So here are some snaps from inside the Poznan stadium:

This is the team warming up before the game. 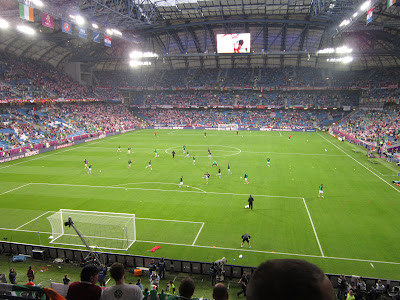 This next one... well, this is complicated. There is a celebration dance done by the local club team supporters whenever they're doing well. They basically turn their backs to the pitch, put their arms over eachother's shoulders and then jump up and down. It looks cool and has been lovingly named "doing the Poznan" by us foreigners. It has been famous for a while so when we played our first international game in the Poznan stadium we couldn't resist giving it a go ourselves. 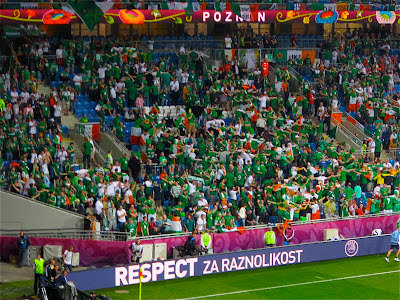 As you can see, there was quite a lot of green in the crowd. We took up the majority of the stadium but you would see some red and white, not just for our opposition but also for the neutral locals who dressed in their Polish colours at the games. 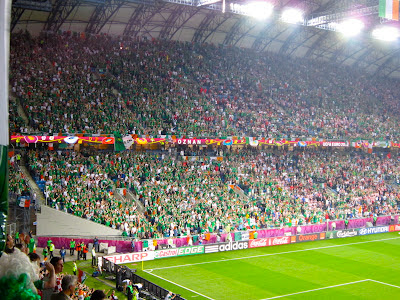 I, however, was dressed in a subdued fashion... 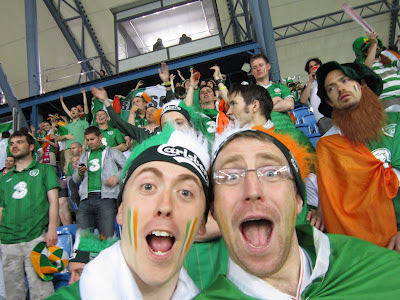 Yup, that's me and my friend Andy who was my trip buddy. He actually got me the tickets so I might as well use this opportunity to give him some thanks. Cheers, bud.

This was the last photo I took before the match started. It's the pre-game choreography. It's also Andy's queue for one of his favourite jokes of the tournament; "Trap, still sticking with the rigid defensive formation there". It's also a good picture to see the Croatian corner. In the back left there you can see where the majority of Croatian fans were sitting. They were probably the loudest fans we met on the tour, although we were still much louder. 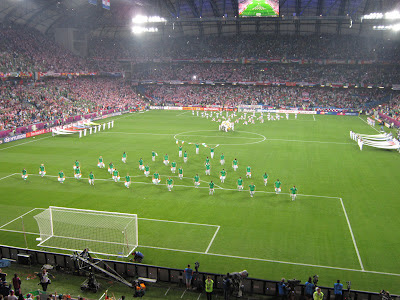 And the rest, unfortunately, is history. We lost the game 3-1 and it scuppered our chances to qualify straight off. Needless to say, we were miserable afterwards and just went home to sulk.

The next day we were trying to snap out of our misery so we decided to eat our feelings and watch England play on TV. I got some local "Apple beer" called Redd's and found a packet of Pepperoni Pizza flavoured crisps. It was all I could do to stop the tears. 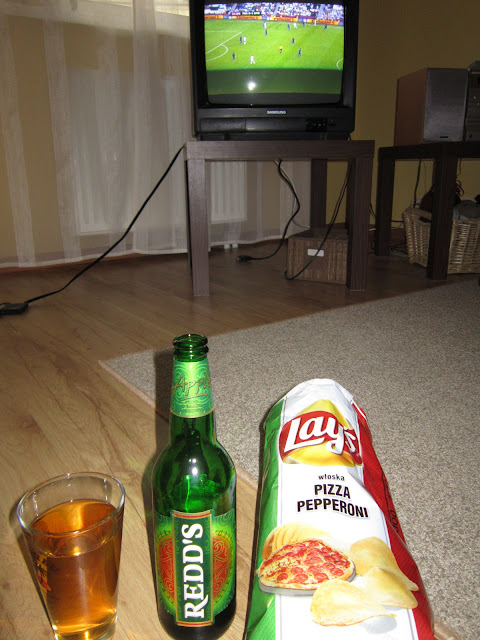 While it wouldn't be our last loss in the tournament it would be the last time we didn't go drinking after the match.