I thought I would share some pictures and stories from the trip. It would be impossible to tell you about all the craic but I'll go through some highlights in a tournament full of low-lights for the Irish team.

First of all, we travelled there pretty early, as a result we only saw about 5 other fans (and Karl Spain) on the trip out. Plus, we were put on this tiny plane from Frankfurt to Poznan. 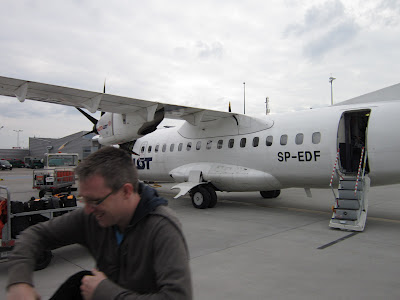 Once in Poznan, we spent a lot of our time in this lovely little park space just as you enter the town. 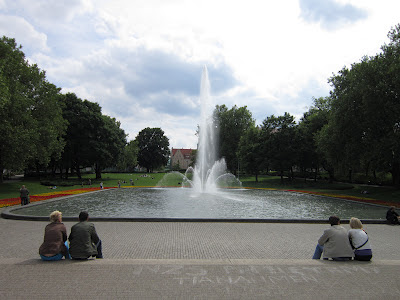 Poznan is full of park areas like this, it's a very pretty town. Also, it's full of what seems to be circus performers. 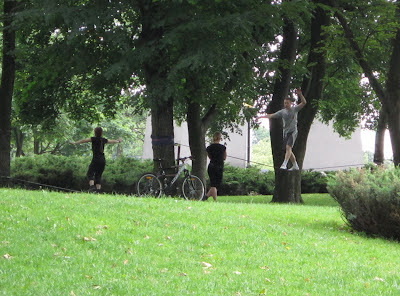 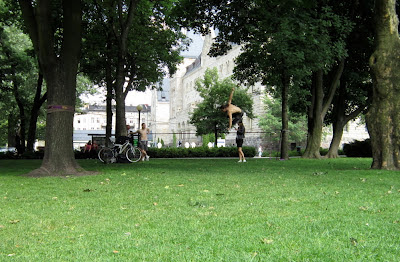 These guys were in the park on a regular basis doing flips and tricks on their tightropes. Quite a sight to see.

Another thing we got a kick out of was on the day the tournament started. The Polish news team had painted their faces with the Polish colours (red and white). I thought it was fun to see but it was a sign of things to come as everyone in the town would do the same over the next couple weeks. 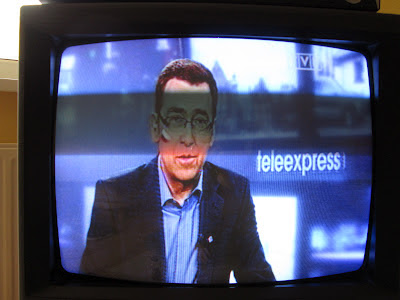 That same day we thought we would go to an Irish pub in the town called The Dubliner to have a few drinks and watch the opening games of the tournament. Yes, it's a bit of a cliché to go to an Irish pub but it was right beside the park above so it was an easy decision.

Besides, it looks like a nice quiet pub right? 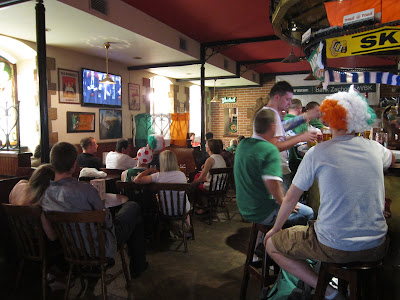 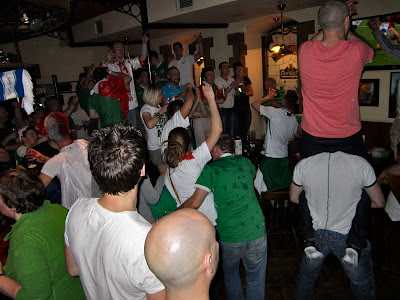 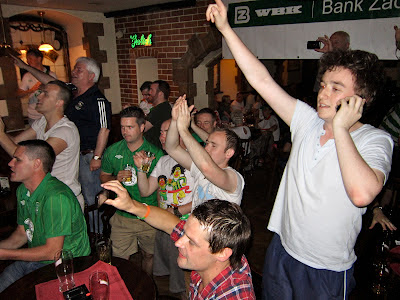 Basically what happened was; most of the fans started to arrive that evening and their first stop? You guessed it. Some still had their bags from the airport with them! The chanting and singing lasted for hours. It was a real celebration. Everyone's excitement for the tournament was being released in one joyous moment.