I've been stocking up on some football related t-shirts and such now that we're less than a month away from the big show in Poland. I don't know why particularly but I feel like I should be decked out appropriately for the event.

There are two particular ones I liked.

First, is a nice piss-take of the fact that we're facing the world champions. Spain have the best squad in the world and we... well we have lads who will throw themselves in front of the ball as if their life depended on it. Come next month that might be enough. 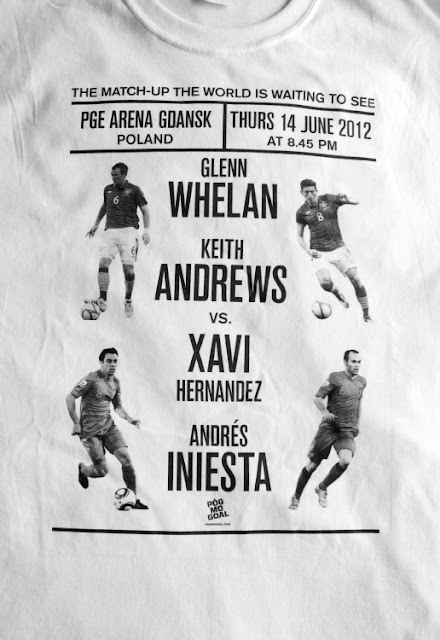 As you can see the design is based on the old boxing posters like the ones from the Frazier/Ali era. It gave me a good giggle when I saw it so thought it was worth the cheap price. You can also buy one here.

The other t-shirt (available to buy here) is very much a bit of an Irish in-joke. 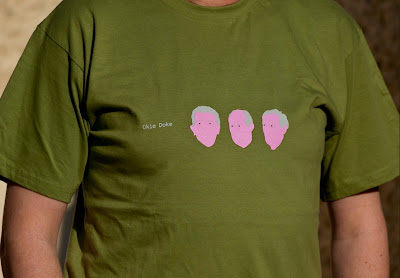 The 3 men you see in silhouette here are John Giles, Liam Brady, and Eamonn Dunphy. For decades now they've been the faces of Irish football punditry. All three of them are ex-footballers﻿ for Ireland and all three of them are now the grumpiest sods in the world. They're legends though. 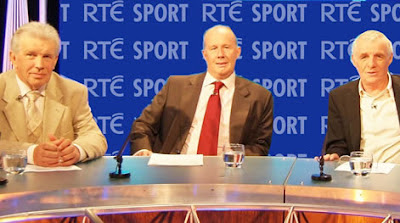 The "okie doke"? Well that's the unintentional catchphrase of the ringleader of the above three. Bill O'Herlihy for years has been the favourite uncle sort of figure on the show. 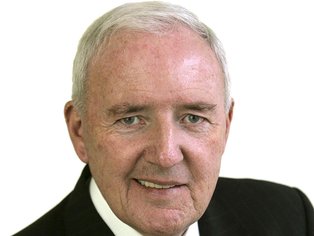 Look at him. The lady killer.

As for the "okie doke"? Well, Apres Match is a wonderfully satirical sketch show that takes the mick out of the lads and they play a sketch from them at the end of every football broadcast during the big tournaments. In the clip below you'll see a short one but also the real boys' response straight afterwards. Ronnie Whelan joins the lads in studio instead of Brady but you'll get the idea.