Note: This article originally was published by me on ASiteCalledFred.com

I have returned! It's that time of the month when I give you my Top 5 list of Top 5 things that I enjoyed in the past calender month. Some would say it's a slightly OCD excercize in recounting my happiness, others would say "hey, back off man, let the guy make his list. This is America! He's free to make lists if he wants". I would argue that I don't live in America but otherwise I'm proud of that made-up person for getting so defensive on my behalf.

I've been spending/wasting a lot of time lately over at Broadsheet.ie. They're an Irish blog that updates at an alarming rate with many interesting, fun, and dumb things throughout the day.

One of the things I spotted there this month was a lovely time-lapse video made by photographer Joe Capra featuring the Icelandic landscape. Here's what he says about the video:

During my days shooting this film I shot 38,000 images, travelled some 2900 miles, and saw some of the most amazing, beautiful, and indescribable landscapes on the planet. Iceland is absolutely one of the most beautiful and unusual places you could ever imagine.

And here's the video:

Our friends over at NeedCoffee.com are renowned for their love of Halloween. Ever year their 32 Days of Halloween event is chock full of complete madness ranging from the genuinely scary to the down-right bizarre. You can find readings of classic horror tales and some rare footage of famous horror characters doing things you might not expect.

As there are multiple things posted every day on the site for the event, there is no way I could include all of the goodies here. But one thing I particularly got a kick out of was this film, posted in full on youtube, called The Beach Girls and The Monster.

It's a black and white monster movie... on the beach... with girls. There's not much that it doesn't say in the title. I love these classic B-Movie's, always fun to watch with friends. So go ahead and watch it.

Check out the cardboard goodness below. It syncs almost exactly with the real trailer and still manages to sneak in some extra jokes and clever ribbing of the real one.

Jonathan Hickman is a comic book writer I have lauded here before. He writes inteligent but also fun comics and with an industry often full of dumb, borings ones this is a treasure indeed.

This month saw the completion of his creator-owned mini-series Red Wing. With only four issues there wasn't a lot to this one but Hickman manages to pack a tonne of mind-bending stuff. The story involves a futuristic air force who use time travel to fight their faceless enemy.

Time travel stories both fascinate and confuse the hell out of me. Maybe it's because I'm always thinking through the possibilities and with so many paradoxes and anomaly mindfields out there, it's both fun and a headache. Red Wing has that sort of madness at it's core but also a haunting story of the connection between father and son and the looping consequences of that kind of relationship.

Can history repeat itself when time travel is involved?

Anyway, not only was it a good read but the art was great too. Check out a couple of panels below and try to pick up the series if you can. 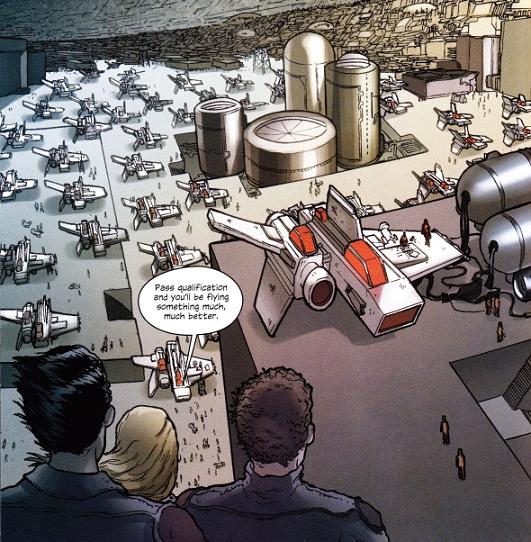 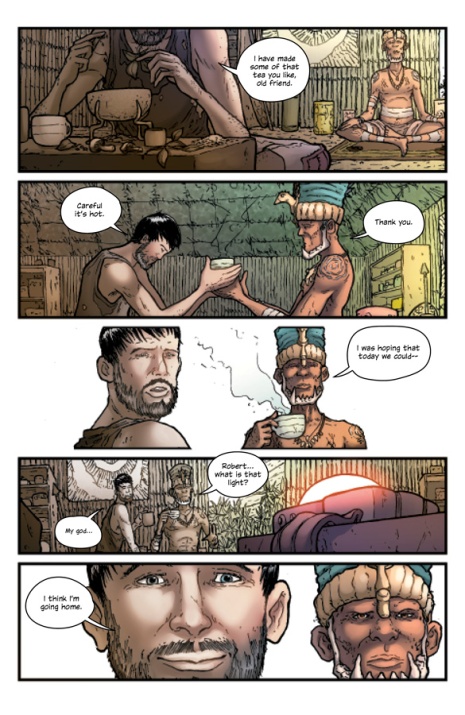 As I've now hit the 6 month point of doing these lists I decided to freshen the page up with a new banner. Do you like? I find it sufficiently creepy. I always new I'd make a good Julie Andrews. Big thanks to Antonio Bay for the help putting my head in there... That didn't sound the way I think it should.
at 11:08