I took a trip to Lansdowne Road to watch the Irish football team play Wales in the first game of a friendly tournament. The stadium was half empty and the first half of the game was boring as hell but three goals in the second half meant that it was all worth braving the cold.

I quickly took this picture after Darron Gibson scored the screamer that was the first goal. I thought it might be nice to give some of my more foreign readers a look into our new stadium. 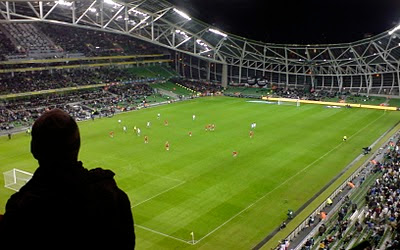