From The Vaults: "Dear World, Re: Halloween, You're Welcome. Love, The Irish" 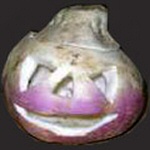 NOTE: This was originally posted on NeedCoffee last year but learning doesn't have a use-by date so school is back in session today. Enjoy.


What makes you think of Halloween? Pumpkins? Trick or Treat? Michael Myers? Try shamrocks and red-heads because once again, it's us Irish who started the whole thing.

The Celts had four main festivals a year, mostly coinciding with changes in the season and farming. Imbolc at the start of February, Beltaine around the first of may, Lughnasadh in August and Samhain (pronounce the 'mha' as a 'w' and you'll get it right) on the 1st of November. Of course, we didn't have calendars back then so it was judged on lunar cycles and such but you get the idea. Since the Celts also broke the year up into two periods--the bright half and the dark half--Samhain also ushered the start of the dark half of the year. Our negative outlook on life means we typically start the year with the dark half...so Halloween is traditionally the Irish New Year.


Samhain is coincidentally the Gaelic word for November, the month in which I was born. This caused me to become very familiar with the word and the festival's history as a child...because I was never the best at our native tongue in class and it was handy to have some stuff memorised when you're in a tight spot. The Samhain festival would be a three day festival led by the big wigs at the Royal Court of Tara. They would lead the way by starting a big bonfire on Tara Hill to signal the start of the festival and remind everyone to start their own bonfires. Bonfires were an important part. Not just because fire + drinking = dangerous fun but also, the big Celtic superstition was that the bonfires could cleanse your spirit and soul. To facilitate this, they would create a corridor of them called tine cnámh and everyone would march through it like Soul Train. They would even march their cattle through before the slaughter or throw the bones of the cattle after slaughter into the fire. In fact the word bonfire comes from "bone fire," the literal translation of tine cnámh. Cattle and food play a big part in the festival. Samhain denotes the end of all harvesting and the preparation for winter so everyone would eat their favourite treats while they're still plentiful and had games involving eating apples... sound familiar?

The Celts also believed that during Samhain, the wall between the world of the living and the dead weakened--so they celebrated the spirits of lost loved ones in hopes that the message would break through. Some people would also dress like ghosts and spirits in hopes of imitating--and therefore flattering--any that might be watching. You don't want to piss off the party guests, do you? Another way they honoured the dead was carving heads out of turnips. They would do so in order to both represent the skulls of the dead as a kind of effigy but also to be an offering to those wandering spirits, who by the sounds of this must be all over the fecking place. They sound like a pain in the arse. "Ma, can I go out and play with me friends?" "No son, those ghosts are hanging out there again" "Awww... stupid feckin' ghosts always ruinin' my fun".

Now, just like alcoholism and Catholic guilt, the Irish brought these traditions to America with them around 1846 due to that big famine we still bring up when we want to shout at the British. Some things, as you can see, are still being practiced today during Halloween. Others were altered: like the "jack-o-lantern" changing from a turnip to a pumpkin. An obvious change--as people were already carving things out of pumpkins when we arrived--and we just thought "hey, those would work great instead of turnips." By the way, the term "Jack-O-Lantern" may sound like a racist slur against the Irish, but it's just the slang term given to night watchmen and has nothing to do with any myths or legends people might try and associate with it. Of course, more modern Halloween traditions are connected to the Irish--such as the two biggest figures of Halloween, Frankenstein and Dracula, were created by Irish writers. Blacula was created by someone else--but you can't win them all. I don't want to brag but we essentially, you know, own this holiday. So this Halloween raise a glass to your green brothers, start a fire and think about those poor turnips being ignored. Happy New Year!
at 17:25