I warn you now, I was a little over-excited for a particular issue this week. Let's see if you can deduce which one. 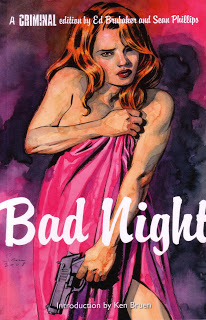 I got lucky and happened upon the volume of Criminal I was missing. These trades are very self contained so going back and forth really doesn't affect your experience.

If I wasn't able to sell you on the quality of these stories the last time I wrote about it here, the copy I picked up does a very succinct job of it on it's back cover. Written in a large thick white font on the top of the page is "WINNER OF THE EISNER AND HARVEY AWARDS FOR BEST WRITER TWO YEARS IN A ROW". And you know what? I don't think I can do a better job than that so I'll just quickly describe the plot and leave it there.

A man named Jacob works as a newspaper cartoonist after he was accused of killing his wife. He's an insomniac and one night he found trouble and everything goes to hell from there. It's noir, baby, so you know folks get killed. 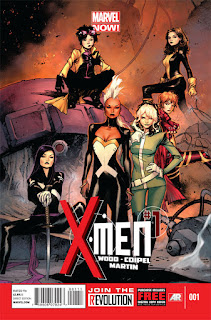 I've been looking forward to this from the first day I saw the cover in the previews. Here are a few bullet points about why this is awesome and you should get it:

- Oliver fucking Coipel
- All female X-Men group. And the title isn't "Ladies of..." or "X-Men: Second Squad" or any bullshit like that. It's an all female X-Men comic and it's called "X-Men". That's a big fucking deal and I couldn't be happier.
- Jubilee
- Brian Wood gets it. He's writing the X-Men the way they need to be written. Exciting, young, and relevant.
- Oliver fucking Coipel. Why is he mentioned twice? Because nobody else could have launched this. Coipel doesn't draw cheesecake. He doesn't draw twisted boobs and butts figures. He draws women... really, really well.

Have you bought it yet? I'll just sit here until you do... 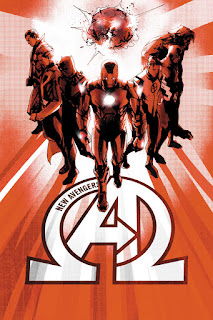 This is a very doom and gloomy sort of comic. Of all the Marvel series' I read, this is the Debbie Downer of the bunch. I'm glad, don't get me wrong, I appreciate the variety but bloody hell it ain't half grim.

I've mentioned before how some of the dialogue is confusing too. And not in a way that is the fault of the writer, it's just that everyone talks in impressive riddles or high-brow philosophical theoretics. You may see steam coming out of my ears at times as I read it.

I'm sure some of you may read and wonder what the hell I'm talking about. Just know that you may be smarter than me, because I'm pretty sure Jonathan Hickman is. 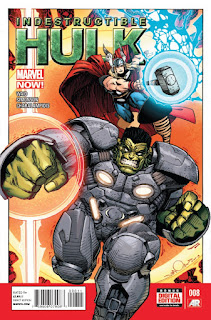 I kind of hate myself for saying this because I understand his importance and place in history, but I'm so glad Simonson is off the book with the end of this issue. Good lord it was terrible.

On the plus side, Mark Waid did write a rather decent time traveling, world jumping, action science romp. It's just a shame that it was bogged down by terrible art work.

Actually, no, it wasn't terrible it was just sub-par. The angle selection, the framing, and the proportions were all of an amateur level or at least a poor level.

Next issue sees the very capable Matteo Scalera come on board as artist and Daredevil drops in on the action. Much to be excited about.
at 22:04